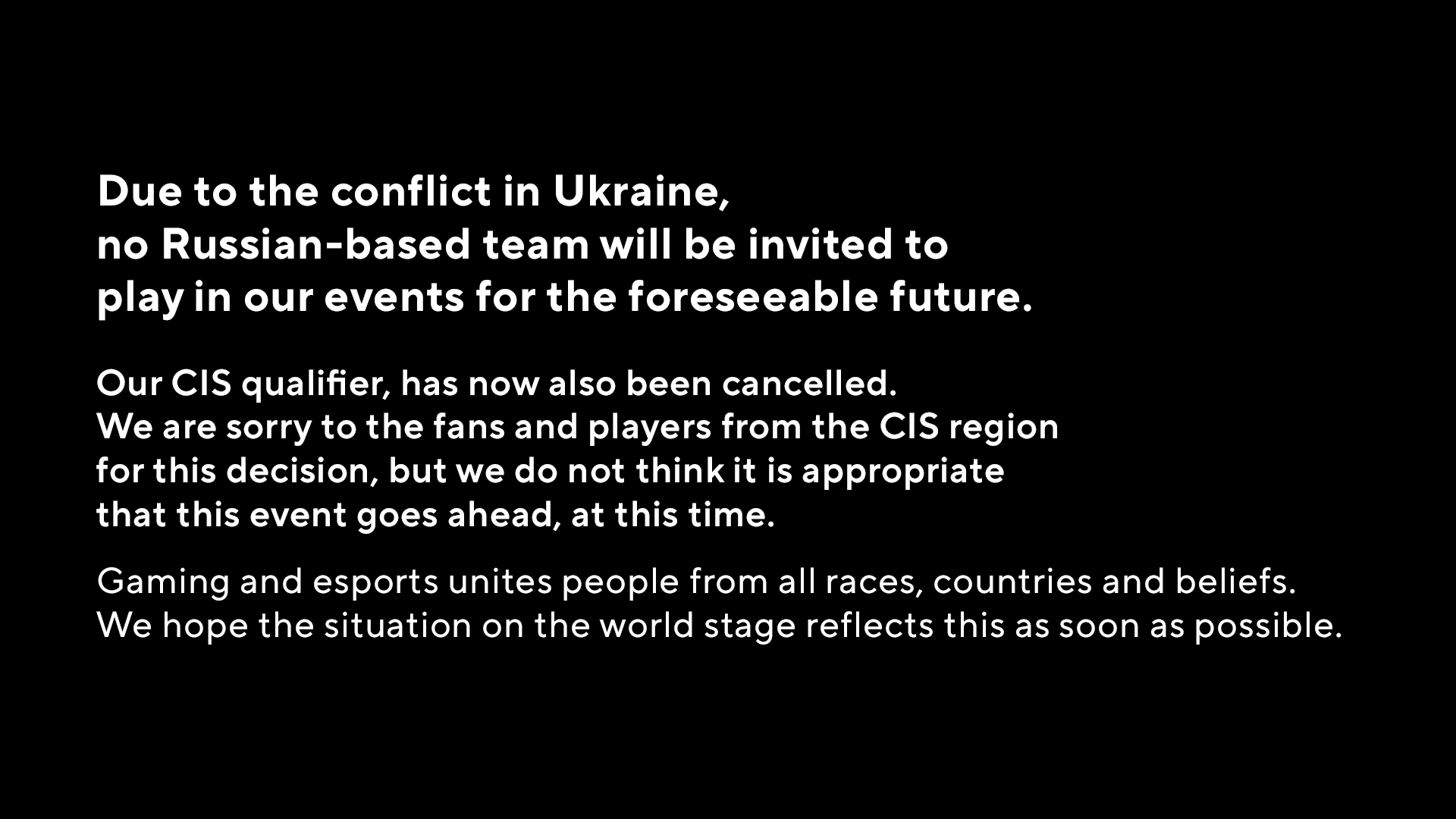 BLAST has announced on social media that for the foreseeable future, Russia-based teams would be barred from participating in its competitions. This verdict will have an impact on a number of top teams. Also, BLAST’s WePlay CIS Masters qualifier, which was scheduled to be held on 25 March, has been canceled as well.

*According to their reports, HLTV.org has reached out to BLAST for clarification and learned that this does not concern current No.1 side Natus Vincere, who qualified for the BLAST Premier Spring Final, as the organization is based in Ukraine.

The decision will mostly effect Russian-based clubs, rather than those with a predominantly Russian squad. Teams like Gambit Esports and Virtus.pro will be affected, but Entropiq will not as they are based in the Czech Republic.

We are sorry to the fans and players from the CIS region for this decision but we do not think it is appropriate that this (CIS qualifier) event goes ahead at this time.

This decision might create a precedent for other event organizers, as numerous Russian teams are scheduled to compete in forthcoming tournaments such as the ESL Pro League Season 15, where Gambit and Virtus.pro are expected to compete.

Many people are criticizing the decision of BLAST, and there are calls to separate politics from esports, at least in the comments section.