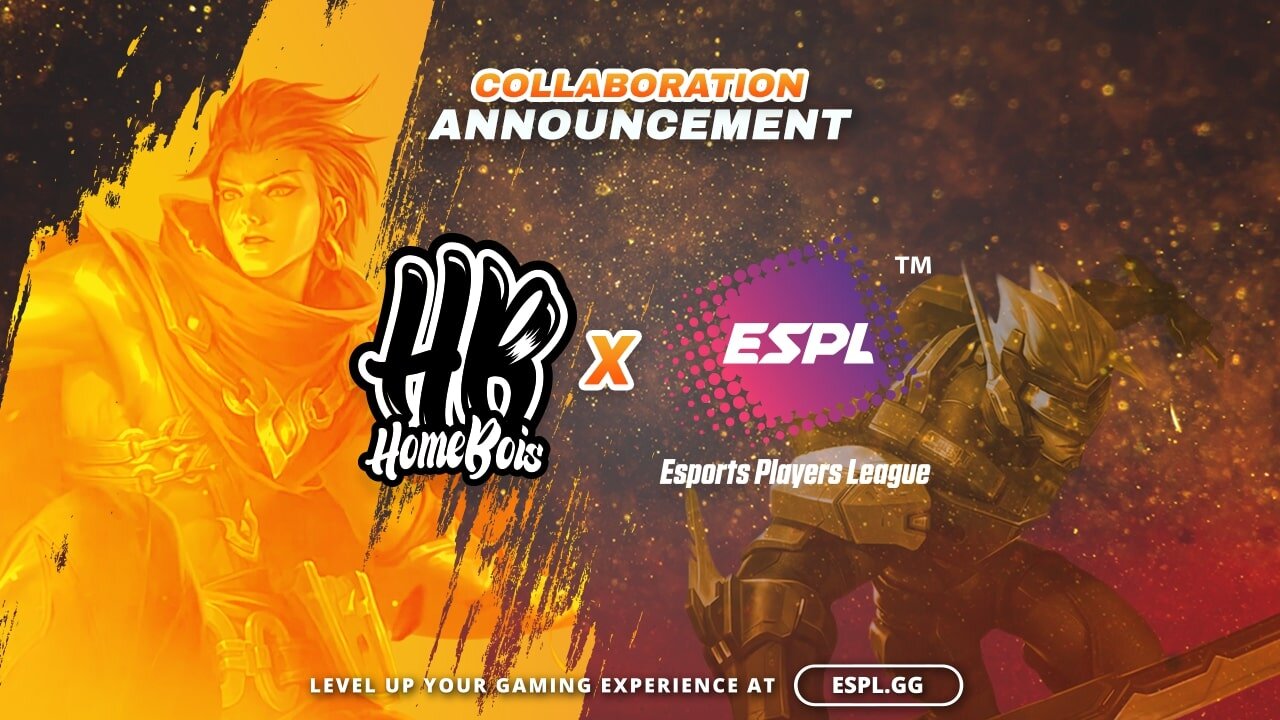 Esports Players League (ESPL), the global esports tournament and platform provider with main focus on amateur or grassroot esports community and HomeBois, a Malaysian esports business and production organization confirmed recently on entering into definitive agreements for a crossover that is targeted to accelerate growth for both brands in the ever-growing esports arena. The comprehensive partnership is expected to bring leverage for ESPL and HomeBois in creating value for both companies and their stakeholders.

Most importantly, the partnership strategically aligns both companies for the long-term by combining the strength of ESPL’s massive global esports tournament and platform service with HomeBois’ dedication, focus and expertise as a leading esports business and production player especially in the Malaysian market.

“This is absolutely great news and also in line with our goal in providing a platform for all players to hone their skills and talents in pursuing a career as a professional player in the esports industry,” says Tuan Azrin Izzuddin “Avaaa” Tuan Abu Bakar, Project Director of HomeBois.

Lau Kin Wai, Director of ESPL believes that “HomeBois is already a big player in the Malaysian esports league. We are glad to be able to collaborate with them as well as contribute as much as possible in realising their vision to provide a comprehensive platform for the community, which already aligns with ours”.

ESPL is a global esports tournament and platform provider that focuses on creating mobile and online ecosystems for amateur esports communities globally. ESPL does this through transforming esports to a globally recognised daily entertainment experience as well as providing a platform with an engaged community. ESPL.GG, its proprietary online tournament platform, facilitates amateur gamers with a journey to professional esports.

ESPL is also a media content provider for brands’ marketing campaigns with a presence across Southeast Asia, South America, and Europe. By facilitating grassroots participation in what is a rapidly expanding esports market, ESPL has direct access and exposure to a large, valuable, and often overlooked segment of the esports market.

ESPL and HomeBois share an ultimate vision to build a sustainable foundation for upcoming talents with a common drive to develop the competitive as well as the creative talents of the esports industry. As much as potential talents in the competitive arena are wanted, new talents will be trained in creative and production services, whose demand for them will only grow as the industry matures. As a matter of fact, HomeBois will be hosting their first Academy Championship for MLBB with ESPL in December this year to commemorate the partnership. Click here to learn more about the tournament.

This championship is a part of HomeBois’ talent acquisition and development program in search for hidden talents among the esports community to join in The Academy. These talents will be trained in every aspect of becoming professional esports players with massive chances to represent HomeBois in big tournaments. This will also open up better career opportunities in the esports industry and educate the talents on digital broadcasting skills.