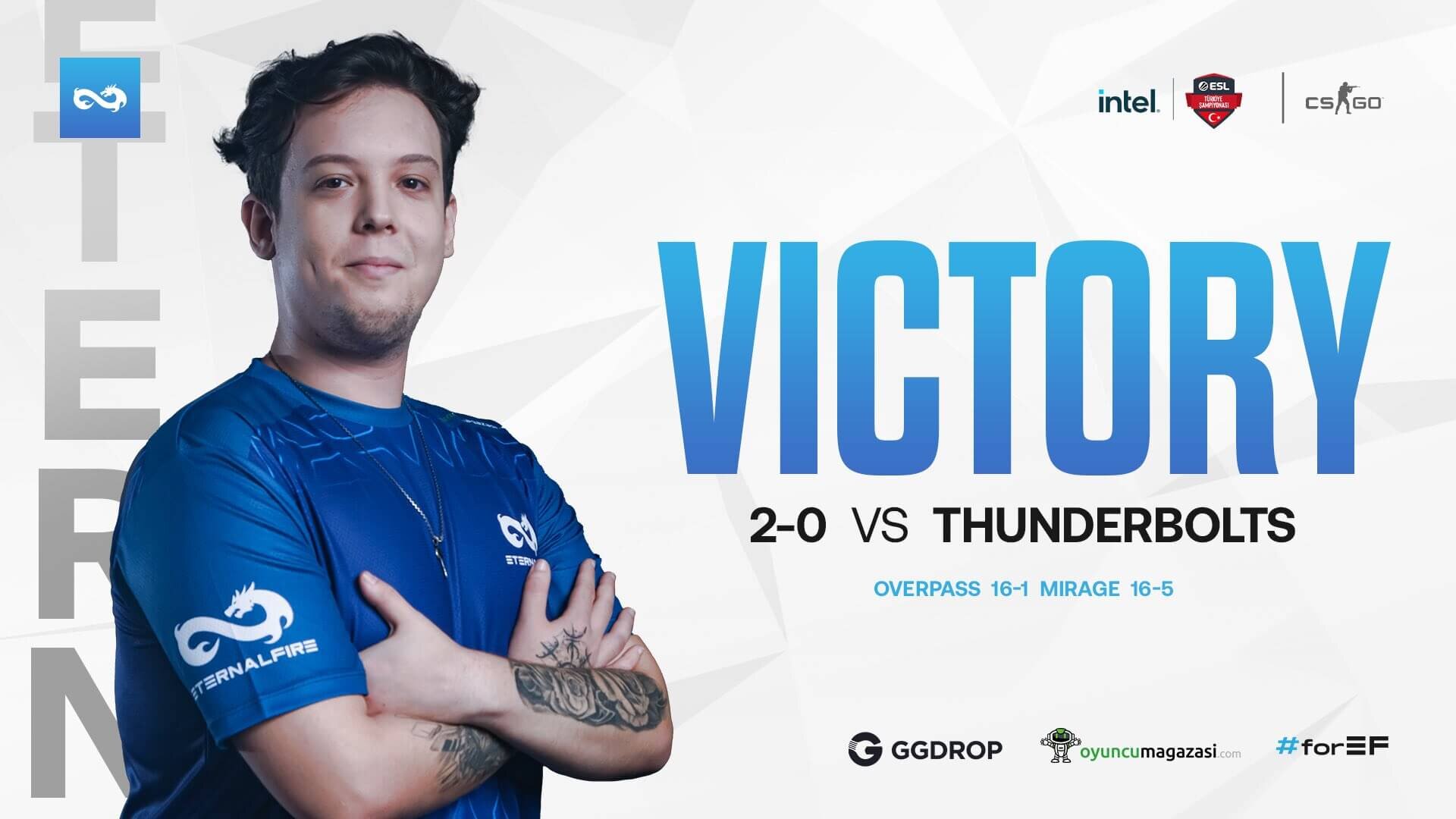 Mirage and Overpass were the maps played in the Grand Final series. Eternal Fire, defeated Thunderbolts Gaming 2-0 and became the champion of the ESL Turkey 2021 tournament.

What Happened in the Grand Final Series?

The Grand Final series started on the Overpass map chosen by Eternal Fire. Eternal Fire, which won this map 16-1, only lost the 6th round it played on the Terrorist side.

Mirage, the second map of the Grand Finals series, was another disappointment for TBG. The Mirage map ended with the dominance of the Eternal Fire team with a score of 16-5.

Participating in the ESL Pro League Season 15 tournament will place the Turkish representative directly in the TOP30.

The ranking and the awards won by the teams as a result of the ESL Turkey Championship are as follows;