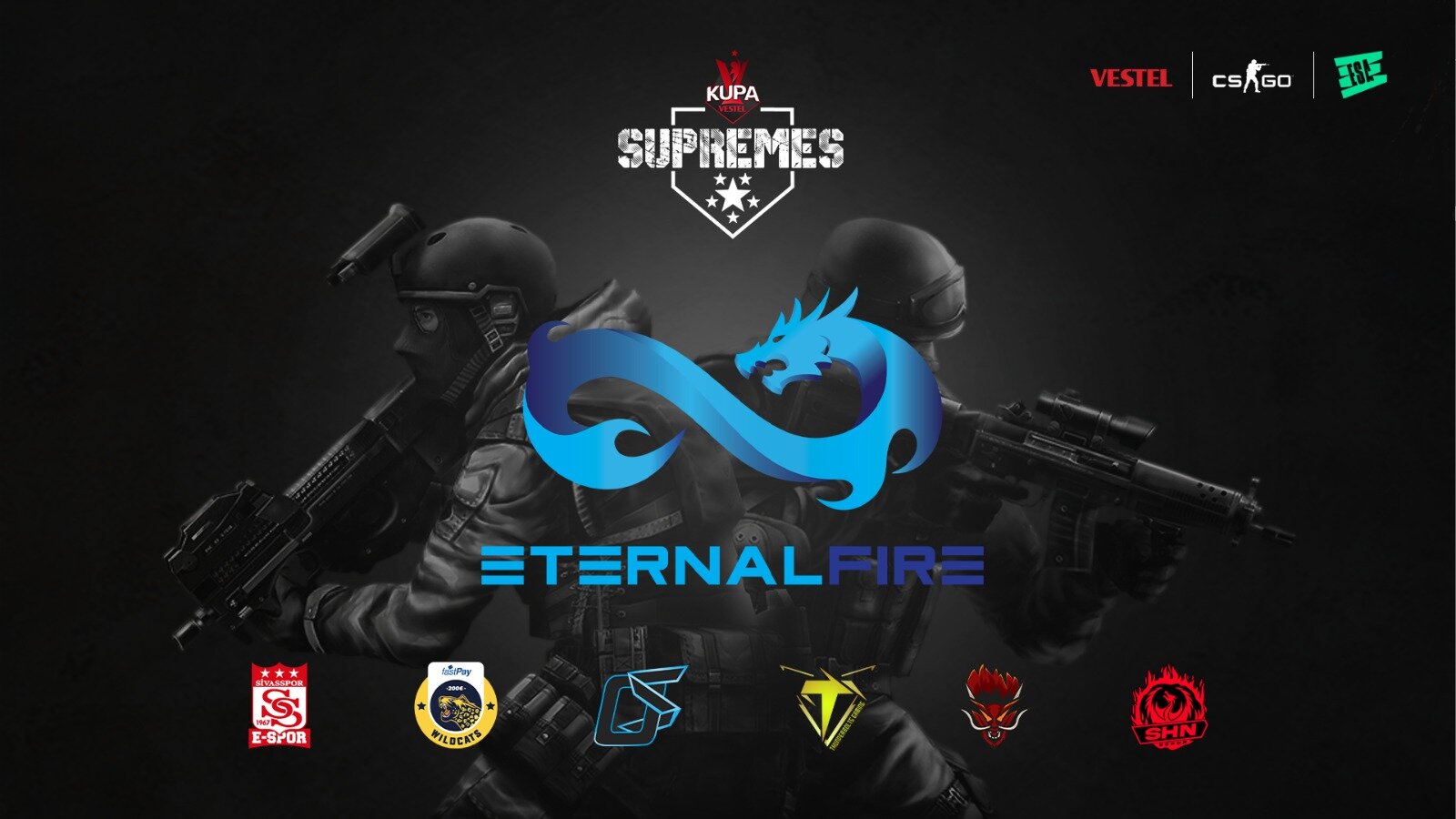 Eternal Fire, which continued undefeated in the Cup Vestel x ESA Supremes tournament, in which the best 8 teams of Turkey competed, became the champion. Their next destination is Europe!

Eternal Fire, which faced Sangal Esports in the Grand Final, showed the viewers some great gameplay.  The Turkish Dream Team won the fight 3-0 without losing a single map and declared their championship. With the championship, they also got themselves a TWR Eastern European Masters Fall 2021 ticket which is the final tournament on the way to BLAST Premier.

İsmailcan “XANTARES” Dörtkardeş became the MVP in the first Grand Final that Eternal Fire participated in. He played the match of his career with a rating of 1.82/2.0 and an average of 120.1 damage per round. In fact, it would not be wrong to say that XANTARES, who completed the match with 54-24 K/D, was smurfing in the Grand Final.

Eternal Fire will receive a BLAST Premier Fall Showdown 2021 ticket if they win TWR Eastern European Masters Fall 2021. Competitors in this tournament will be announced after alll qualifiers are completed. The current competitors of the tournament are as follows:

This tournament will start on September 10. It will be played on the best 3 maps (Bo3) in a single elimination format. In other words, teams will not have the luxury of losing in this tournament.