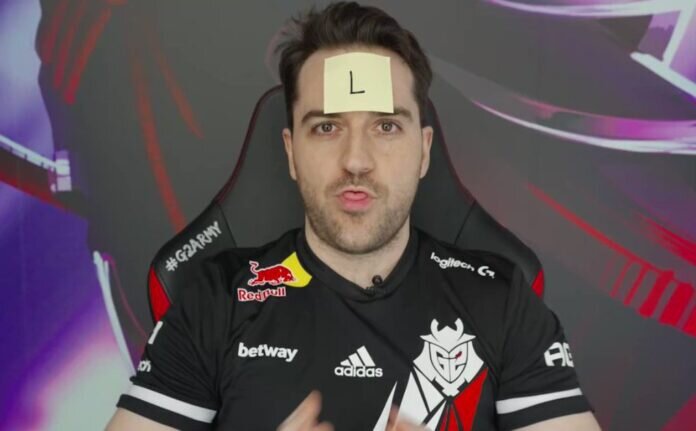 Instead of praising G2 Esports’ accomplishments, we are hearing some controversial scandals from the organizations. But now, the board of directors of G2 made a statement that shocked the esports community. Andrew Tate, who is widely regarded as a misogynist, recently attended to the party of Carlos “Ocelote” Rodriguez, the CEO of G2 Esports. Carlos received a lot of backlash for his stern response to the criticism. In addition to these occurrences, the G2 Esports board members declared that Carlos will be suspended and not receive salary for eight weeks. We’re not sure if the administration was noticed by the comment that “Carlos just got himself a vacation,” but today they posted on social media that they had “accepted his resignation.” Carlos, the head of an esports organization, who is perhaps most known for his bluntness, straightforwardness, and quick wit, is stepping down as a result of damaging his company’s reputation by partying with a misogynist.

Following the announcement, people started expressing various viewpoints. While some felt saddened by his leaving, others claimed that Carlos made this choice due of his ties to G2. Some people believe that this choice is overstated and indicative of the “cancel culture.”

Nobody has been named as Carlos’ replacement as of yet. G2 Esports will soon announce the appointment of a new CEO.