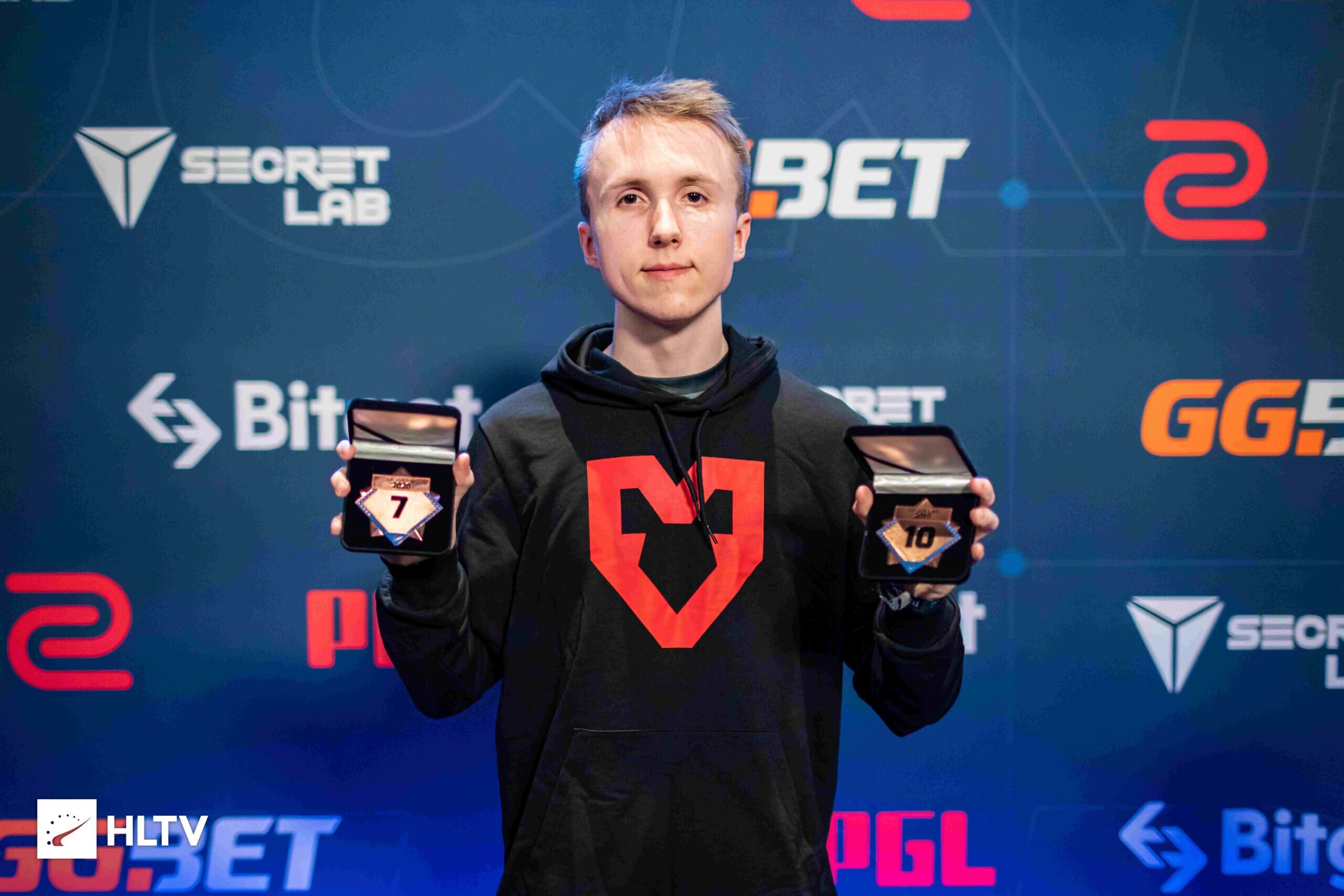 According to HLTV.org, Robin “ropz” Kool is ranked 18th among the Top 20 players in 2021. The Estonian rifler was a member of MOUZ in 2021, however, he switched to FaZe Clan during the off-season.

The triumph at the European RMR-tournament Flashpoint 3 was ropz‘s finest result with MOUZ over the last year. The EVP medal was awarded to the 22-year-old player in the regional tournament.

While such scores demonstrated his ability and earned him a spot in the Top 20, he didn’t have enough strong results in the most important events and matches to earn a higher ranking. His sole notable event, a near-MVP, occurred at RMR Flashpoint 3, however, a near-EVP occurred at the medium-sized cs summit 7. While he fared well in the ESL Pro League (particularly in Season 13), he struggled in the elite tournaments, with the lowest rating (1.04) and the fewest maps (20) of anybody in the top 20. He also played in the fewest major matches, only appearing in one, the EPL S14 playoff defeat to NIP, limiting us to solely grading him on his performance in qualifying and group stage matches, preventing him from surpassing anybody else.

For most parts of the year, I believe I have managed to keep the level I’ve been at for the last few years. While there’s always room for improvement, it’s hard to push further and keep reinventing myself at the level I am. A few times I could have definitely done better, I could feel it and anyone could notice it. Placing high on the list always depends on the team’s results, there’s no denying that. I believe we might be one of the least successful teams this year in history to produce top 20 players, I can only find NiKo from 2016 with as few awards and team placements.

Looking ahead to 2022, the Estonian star is eager to raise his personal bar even higher.