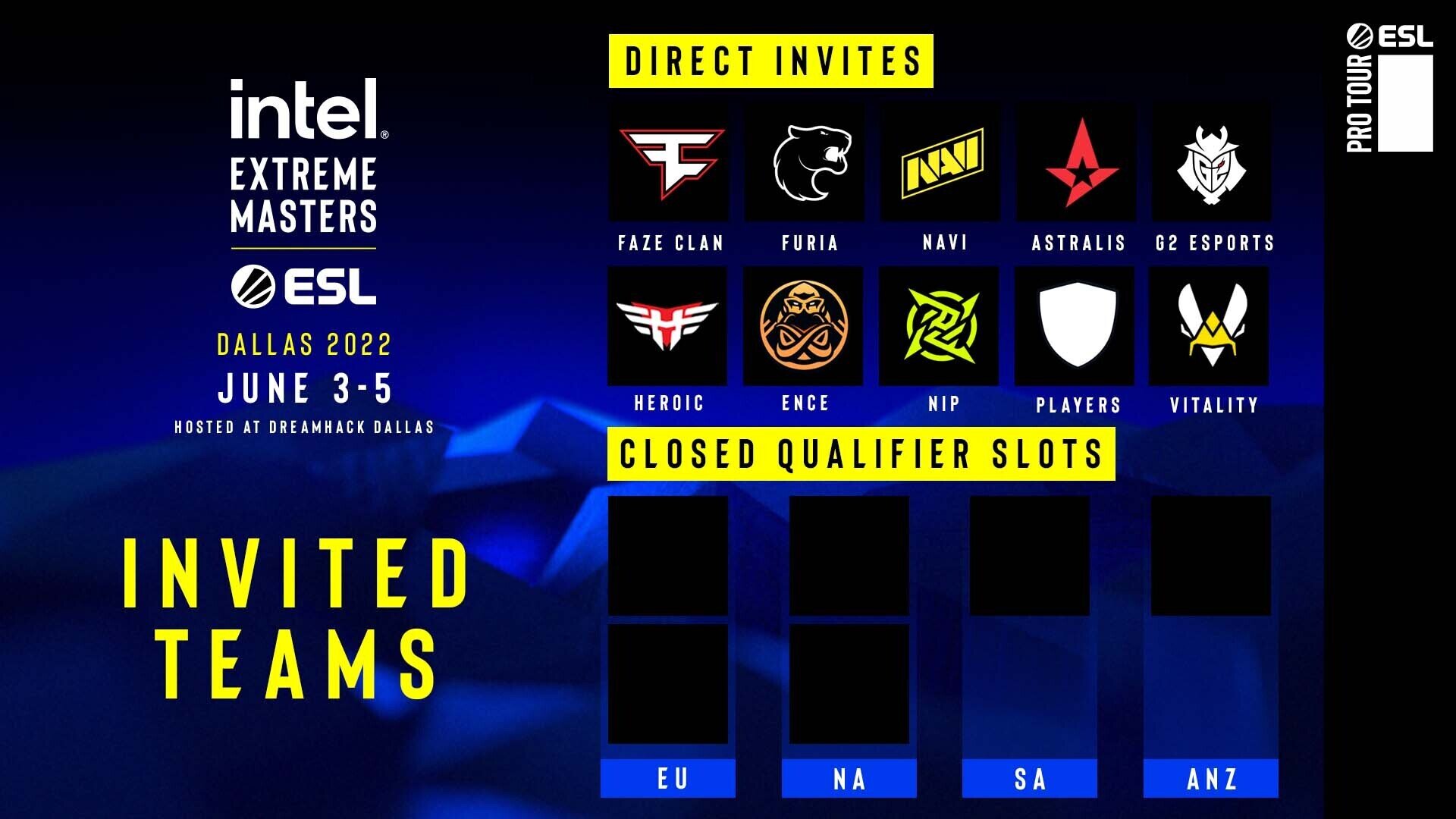 ESL have revealed the teams that have been directly invited to IEM Dallas, which will take place from May 30 to June 5. The list includes the latest ESL Pro League Champion FaZe Clan, Natus Vincere, and G2 Esports, as well as the 10 highest-ranked squads according to the ESL World Ranking.

The remainder of the invitees is regulars at Big Events, such as Players, NIP, Heroic, and ENCE, the grand finalists of the just ended ESL Pro League. FURIA, Vitality, and Astralis round out the top ten, while Liquid and Outsiders, who also missed out on the top ten, are noticeable omissions.

The above-mentioned teams who just missed out on direct invitations Liquid and Outsiders as well as Movistar Riders, Fnatic, Complexity, and Imperial are among the teams invited to the closed qualifications.

Renegades, despite winning every domestic event in Oceania, did not receive an invite to the region’s closed qualifier since they are not ranked at all on the ESL World Ranking, with Looking For Org and ORDER taking the two seats instead.

Invited teams to the closed qualifiers: