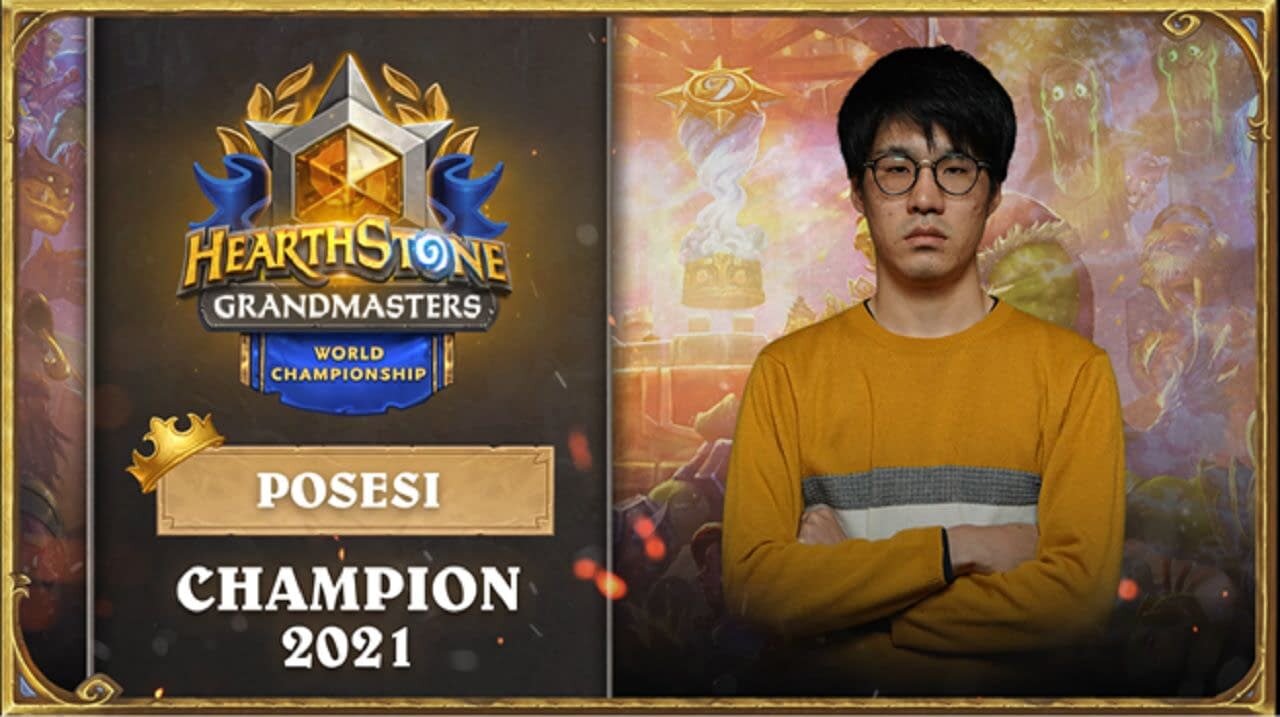 “Posesi” has become the 2021 Hearthstone World Championship. Having defeated glory with a 3-2 score, Posesi has become the winner of the tournament and got the prize of 200.000 dollars.

Champion, talking to Tj after the game, was very touched by the victory. He uttered his feelings by saying:

I’m very happy, because I am finally the champion. Once it hit and we went 2-2, I was like ‘it really happened, oh my god am I going to lose here?’ I have to give a shoutout to the entire Japanese community!

The first day of the tournament started by dividing 8 players into two groups. “Posesi“, “Gaby”, and “Nalguidan“, in Group A, guaranteed the second day with the victories they got while “glory“, “McBanterFree”, and “KZG” got victories in Group B. “Tianming” in Group A and “Frenetic” in Group B failed to advance to the next stage. “Posesi” and “Glory” got us even more excited after their great group performance.

What A Final Series!

“Posesi” started the second day with a 2-0-scored victory and guaranteed its seat in the semifinal by winning Group A. After defeating McBanterFree with a score of 3-2 at this stage, “Posesi” made it to the Grand Final to fight with “glory”, its Japanese rival, practice partner, and the Hearthstone 2020 World Champion. In the finals, “Posesi” was able to showcase masterful control of the Alterac Valley meta to secure the ultimate victory.

This was a fantastic weekend to close out the competitive year and the year of the Gryphon. 2022 is going to be another exciting year for Hearthstone and we can’t wait for the community to jump into all that we have planned. Congratulations to Posesi!

Hearthstone Esports returns on February 18-20 for the first Masters Tour of 2022! Check out the full program details and follow Hearthstone Esports on Twitter and YouTube to never miss a moment of the action. We’ll see you in the tavern in 2022!