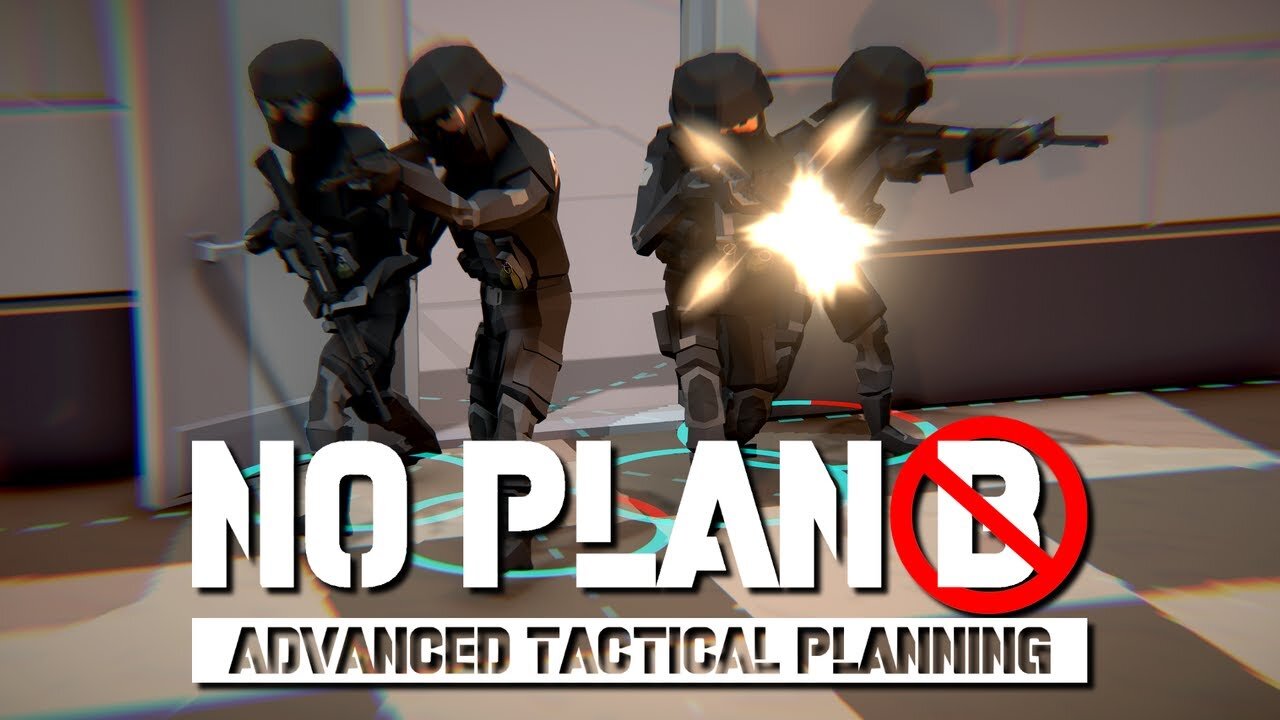 Today, I will be sharing with you the review of the No Plan B game made by the France-based GFX47 studio. It is said that the early access period will last an average of 1 year with the feedback from the players. You can download and play the demo version of the game for free on the Steam page before the game is released.

I played the game for an average of 16 hours and reviewed all the campaigns, missions and contents. In order to share it with you in an objective way, I will share with you my thoughts about the game under 6 different titles. All words written after this text contain subjective thoughts.

When you first start the game, it puts you in a short training section to learn the gameplay techniques. It teaches the entire gameplay in this training, which lasts about 25-30 minutes.

After the training, there are campaign and mission modes in the main menu. Unfortunately, if you fail the mission in the campaign mode, you cannot play that part again. That’s why I recommend you to learn the game and its mechanics in the mission mode first and then switch to the campaign mode. It gives you small but very valuable tips about the game in the game loading areas. You can be more successful in missions by browsing them in the loading area.

After missions, a screen comes up that informs you about your success or failure. It gives you a point by evaluating it according to the damage you have taken at the end of the mission and the missions you have done. No Plan B players all over the world see the scores you make, and a ranking is created in the game according to the high scores made.

I think the best part of No Plan B is the gameplay. With different camera angles, you can move all the characters in the game according to your plan. This gives you literally unlimited tactical and planning possibilities. You can equip your characters with the weapons and equipment you want and complete the task with the planning you want within the time given to you by the task. After making the planning, all you have to do is monitor the task. If your planning fails, unfortunately, you have no chance to go back. Because there is no No Plan B (pun intended).

I can say that the AI in the game is at a mediocre level. I can’t say anything about artificial intelligence for my characters because I directed every second of it, where to aim, etc. But the enemy AI was pretty bad in some missions. However, since the game is currently in early access, it would be unreasonable to give a precise judgment on this issue. Because we are talking about a game that will be developed for 12 months.

In the game, you can gain superiority against your enemies by using flash bombs, smoke bombs or grenades. However, since you cannot see the location of the enemies during planning, you have to plan them purely as hypotheses. That’s why you need to direct your characters to look at all the remarkable points. Otherwise, you may lose some of your characters because of an episode you didn’t look at. Unfortunately, the characters you lose do not return in the campaign mode.

You can have more information about the game by watching the gameplay content shared by the game’s developer down below.

There are 4 different classes in the game. These are called SWAT, FBI, Robbers and Gangsters. Each class has its own unique equipment. However, equipment of different classes can also be purchased from the store with the game’s currency. The skill characteristics of the classes differ, but I have to state that it doesn’t make that much difference to me in the game. In the campaign mode of the game, there are 8 characters in all classes and all characters have special abilities. You can improve your characters with the success points you earn from the missions you succeed in the campaign mode. The special abilities you can develop in all characters are the same, and I need to point out that it doesn’t have much of an effect after you don’t upgrade it much.

Unfortunately, one of the biggest cons of this game is that it does not have a story. There is no story of any class in the game. This situation caused me to get bored after a certain period of time from the game. It is interesting that there are different mission areas and campaign sections in the game, but after a certain period of time, the game becomes stale. Of course, we do not know whether there will be a story as it is in early access, but I think that there should definitely be a story mode in the future.

Each weapon type has different models between classes, and their skill abilities differ slightly among themselves.

After successful missions in the campaign mode of the game, you gain the advantages indicated by the green icons. Currently, there are 3 different advantage options in the game.

These benefits allow you to be more successful in missions and protect your team as you progress in campaign mode. The numbers in the yellow section indicate the skill points that will be given to you after successfully completing the task. Depending on the difficulty of the task, the skill points vary between 1 and 3 in the tasks. By using the skill points you get on your characters, you can improve them and make them better. Remember, you cannot retry the missions you failed in the campaign mode. Therefore, putting your team in danger by saying that I will do a great job can be a bad option.

In No Plan B we will also be able to play maps created by communities! I think this feature is very nice. Players will be able to create their own maps and missions. In this way, there will be more interaction with other players. There are now more than 20 community missions in the game, and I quite liked most of them. Also, making a community map is very simple. You enter the map generator from within the game and you can prepare the task as you wish. I think the community missions will increase a lot after the game is released. I think this is a very good feature.

No Plan B is a good game in my opinion. I think people who like this kind of strategy and simulation games will like it too. The gameplay feels very fluid once you get used to it. There are minor errors in the game, but they are not exaggerated. At least I didn’t encounter any major bugs. The biggest shortcoming of the game for me is that it doesn’t have a story. I think it is very important to have a story in these games. Because the game becomes monotonous after a certain period of time and can cause you to get bored.

At the moment, I think it is very inadequate in terms of mission and other game content. However, I expected missions to be more diverse and interconnected (at least in campaign missions). Apart from these, the graphics of the game are good enough, the system requirement is at a level that most computers can meet today.

The absence of the story causes the player to be completely saturated after a certain point. However, I think No Plan B will do very well while being developed. As long as the game continues to be developed with the players in early access, I believe it will become much better.