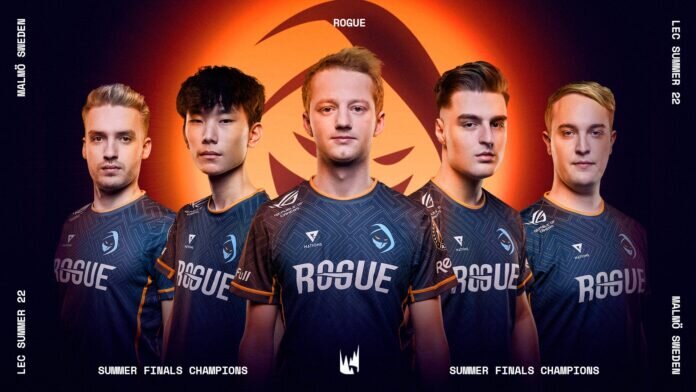 The American esports organization Rogue becomes the LEC (League of Legends European Championship) Summer Split 2022 champion by winning against G2 Esports by a score of 3-0.

The two finalists of the LEC Summer Split, G2 Esports and Rogue, performed well throughout the season. The closely contested and entertaining Grand Final series came as no surprise. Even though it was a bit of an underdog, Rogue had an overwhelming victory against G2. With that result, Rogue will participate in Worlds 2022 with the title of LEC Summer 2022 Champion.

In the first match of the Grand Final series, Rogue had a blazing start by dominating the early and mid-game phases. Markos “Comp” Stamkopoulos, the young AD Carry player of Rogue, was the MVP of the first match with his 8/0/5 Kalista performance. The Greek player also had a penta kill, which helped him and his teammates earn their first victory.

The third and final match of the series determined the winner because G2 players showed no signs of life yet again. Besides winning the LEC cup, Rogue also won €80,000 from the prize pool, while G2 won €50,000.