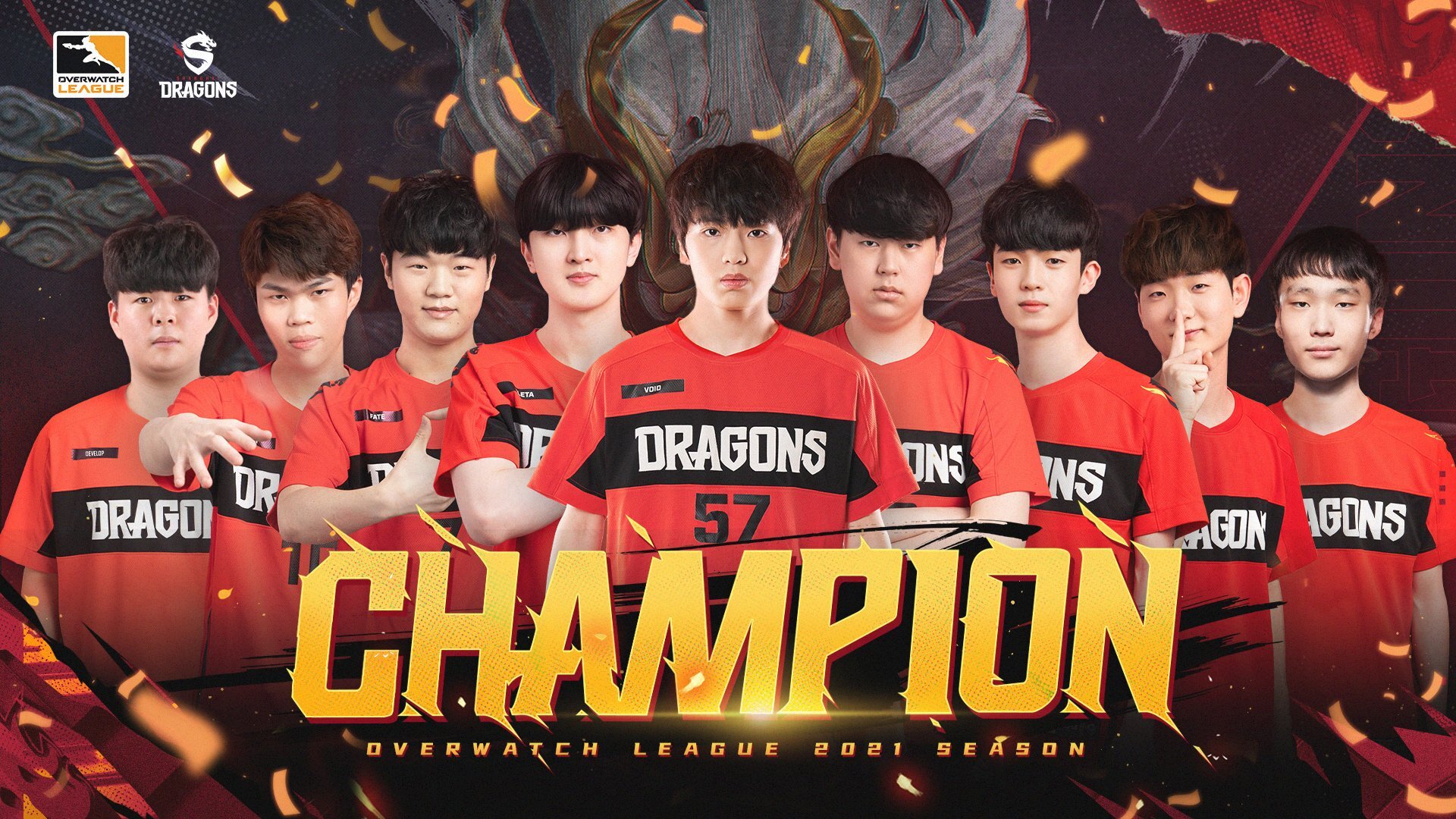 Shanghai Dragons defeated Atlanta Reign 4-0 in the 2021 Overwatch League Grand Finals and became champions. The team that won their first championship also got the $1.5 million grand prize money. They will also have their own appearance in Overwatch to honor their championship next year. What makes them special is that they are the first team from the Asia-Pacific region to win the championship.

The Dragons finished the opening season of 2018 with a score of 0-40 without any victories. But they got stronger and showed themselves in 2020.

Having Byung-sun “Fleta” Kim, one of the top Overwatch players, definitely helped.

Shanghai Dragons started the first map, Ilios, with a 2-0 win. In Hanamura, the team managed to dominate the map. The King’s Row map was more challenging for Dragons. Atlanta Reign got two checkpoints with payload. Shanghai Dragons won thanks to their performance in the final zone with Wrecking Ball and Sombra.

The final map, Havana, featured a long-distance fight between both teams’ Widowmakers. Shanghai Dragons, who also won this map, became the champion.