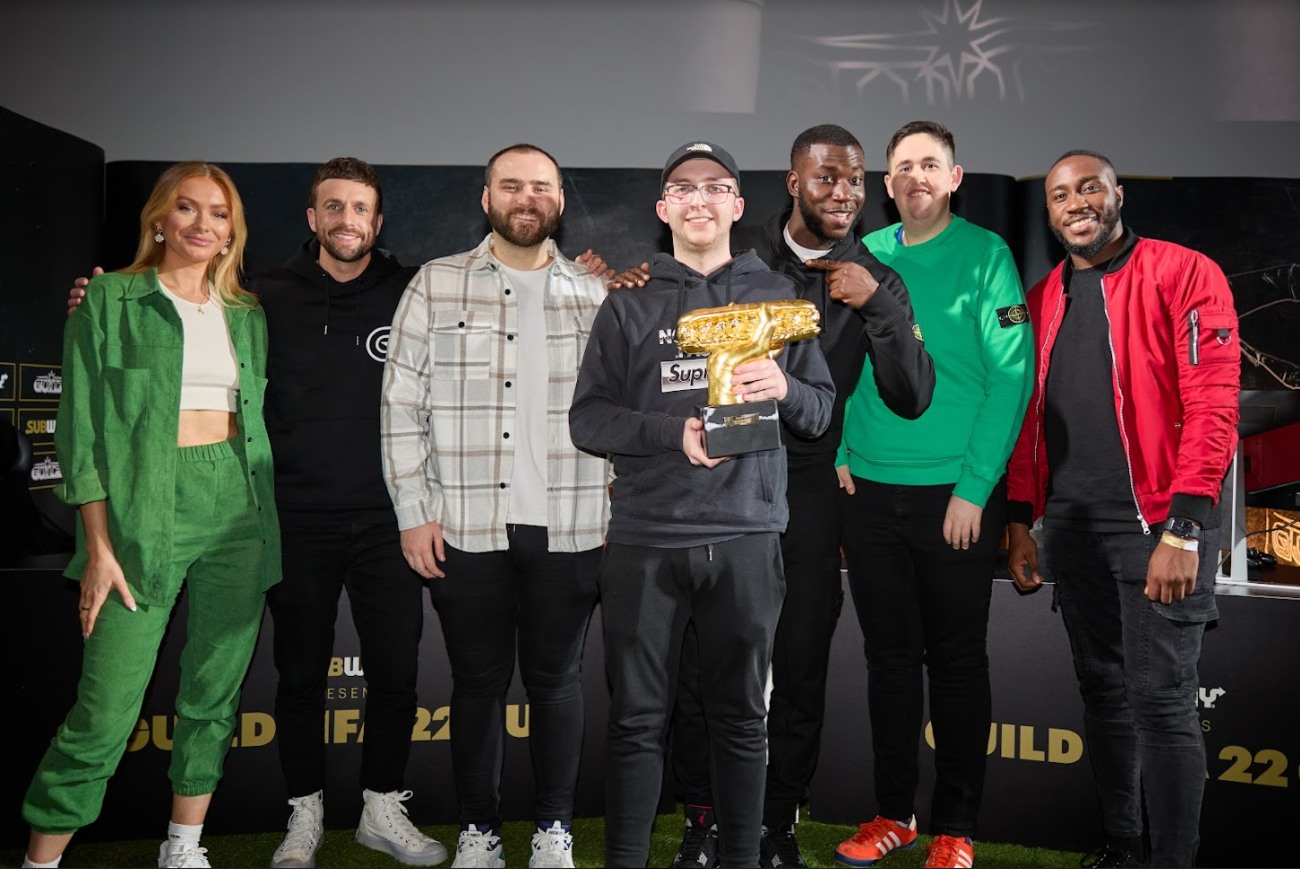 Saturday, December 4th, saw the culmination of weeks of competition for the inaugural Guild FIFA 22 Cup, presented by Subway, where hundreds of competitors from all across the UK and Ireland were whittled down to the final eight who competed in the sold-out live finals at the Odeon Luxe West End.

Tom Sorrell, 22 from Billericay, Essex, was ultimately crowned champion after defeating Lewis Blampey in the final, which was broadcast on Twitch.tv/GuildEsports and live to a sold-out crowd.

What an amazing experience to compete in front of so many people for the first time, and for Subway to provide such a delicious looking trophy. Hopefully, this is only the start of my FIFA Esports career!

Alongside his share of the £1,800 prize pool, Sorrell took home the one of a kind ‘Golden Sub’ trophy, designed by Hatton Garden-based mystery master-craftsman, Johnny Hoxton. Created from reclaimed materials and inspired by iconic football trophies throughout history, the design of the trophy captures the likeness of a Subway Footlong in a bold, gold-plated design that signifies its holder as the ultimate amateur FIFA 22 player in the UK and Ireland.

It’s so great to be able to bring our first physical activation with Subway to life. After months of meticulous planning, we’ve put on the largest physical FIFA event of 2021, and there’s so much more to come! We’re also so excited that this tournament has provided opportunities to athletes for the future of FIFA Esports which is an ethos felt throughout Guild and with our Academy.

The event featured the who’s who of the Esports and Gaming world, featuring some of the world’s top creators hosting the championship, including Pieface, Elz the Witch, Stevie White, TN25 and Iain Chambers. The grand final was opened with a message from Guild co-owner David Beckham and the show also featured a unique show match between superstar FIFA creator Pieface, and renowned entertainer & social media personality Harry Pinero, with Pieface coming out on top.

We’re so excited to be part of our first ever FIFA 22 tournament with Guild and watch the players battle it out for the one-off ‘Golden Sub’ trophy and top £1,800 cash prize. The competition was fierce, our congratulations to the winner, Tom, and everyone that competed.