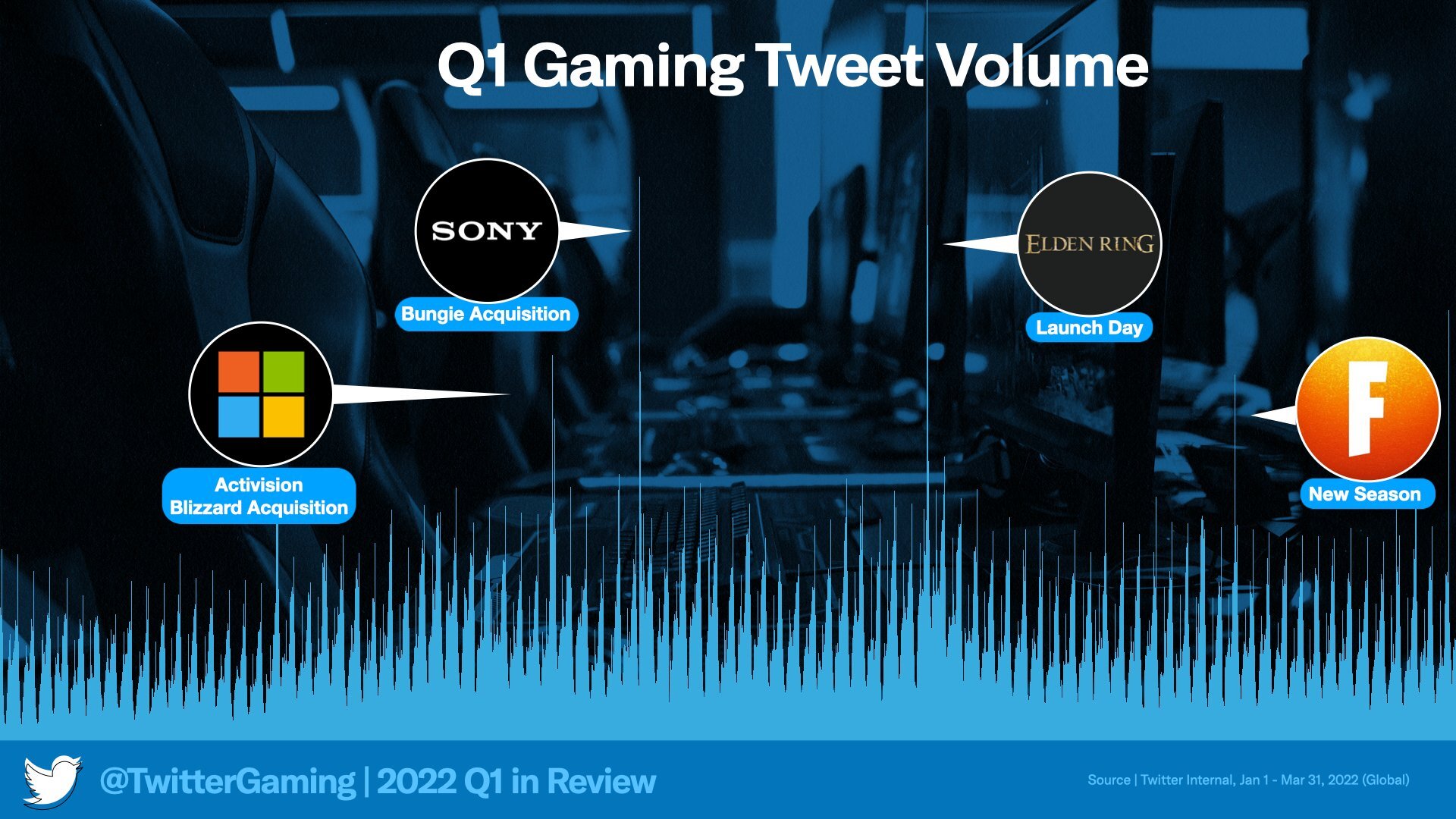 In the first quarter of 2022, the gaming discourse on social media network Twitter reached new heights. The number of tweets regarding gaming increased by 52% year-over-year to approximately 800 million.

Much of the rise can be attributed to Wordle. The opportunity to submit daily scores on social media boosted the appeal of the word game this year. Wordle was the platform’s second-most talked-about game, trailing only Genshin Impact, a popular mobile RPG that’s also available on console and PC.

Esports titles were mainly absent from the top 10, although Apex Legends managed to sneak into fourth place, aided by speculation about the forthcoming release of a mobile version. In the esports sector, Twitter remains a primary force for community involvement and conversation, however other platforms like TikTok are gaining in popularity and importance among esports teams. Brazil’s Loud remained the platform’s most popular esports team, but FaZe Clan held on to second position thanks to a historic triumph at Intel Extreme Masters Katowice and an appearance during the Super Bowl halftime show. FaZe Clan was the most talked-about team in the United States, thanks to the Super Bowl and news of rapper/entertainer Snoop Dogg joining its board of directors.

In the United States, Wordle actually outperformed Genshin Impact, highlighting the country’s low adoption of mobile gaming in comparison to other regions of the world. With the exception of FaZe Clan, which is recognized for its celebrity interaction and scandals more than its esports success, the United States remains a minor player in the global esports Twitter discourse. TSM was the only other team from the United States to make the top 10, but the company also has teams in Brazil and India.