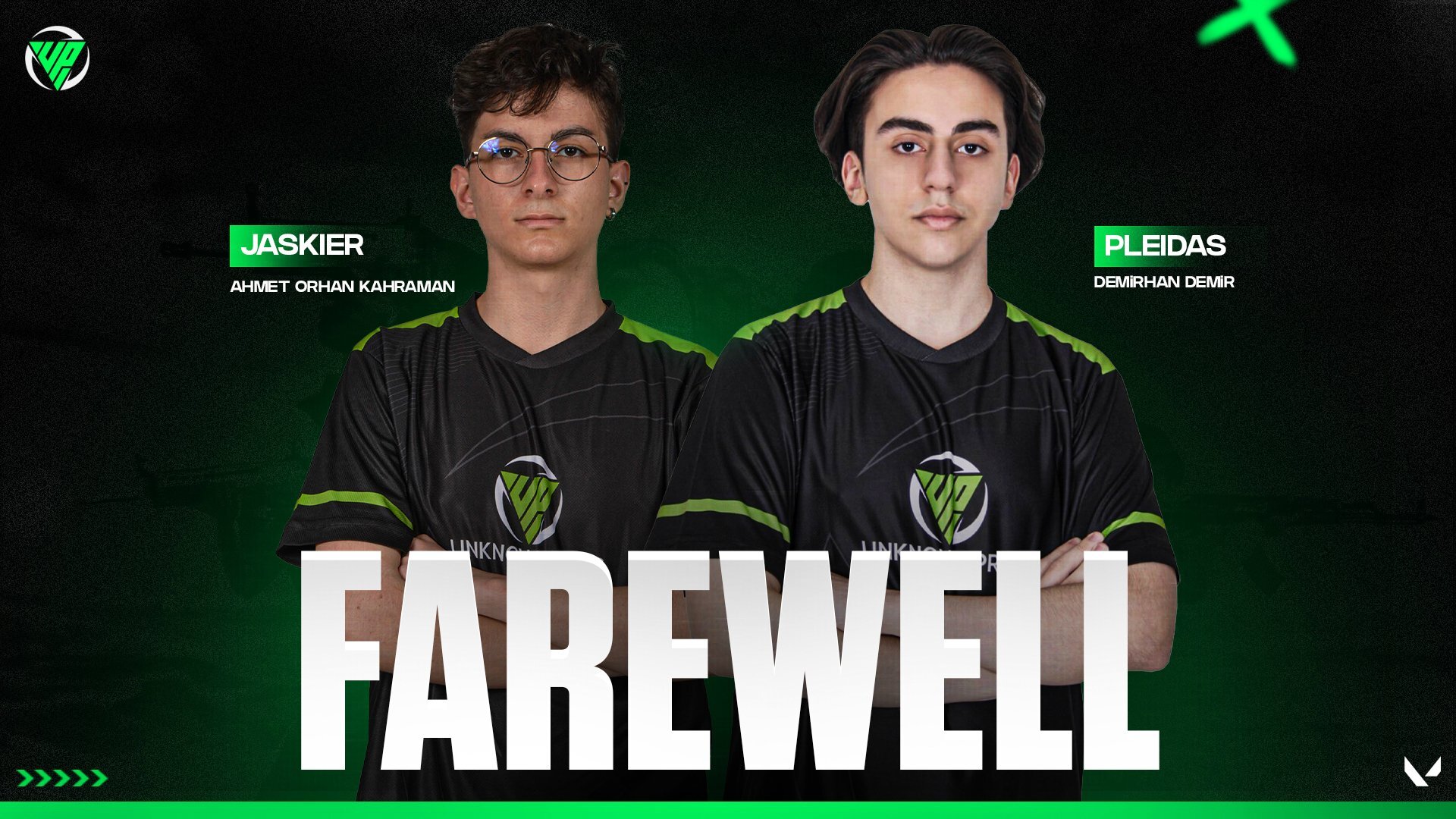 Unknownpros, one of the successful Turkish esports organizations, has parted ways with Orhan “Jaskier” Kahraman and Demirhan “Pleidas” Demir, who played in its VALORANT squad.

It is not yet clear with whom the organization will fill the gap. I think they want to strengthen their team at a time when there is no tournament where Turkish teams can participate.

In a statement, the organization said:

We mutually agreed with the Pleiades and Jaskier to part ways. We would like to thank our players for their efforts and wish them success in their careers.

The organization formed the core of the VALORANT squad with the Rising Stars project, which trains both young and talented players. After the project that lasted about 3 months, Unknownpros entered the VALORANT esports scene. Fans of the team want the new players to be announced as soon as possible.