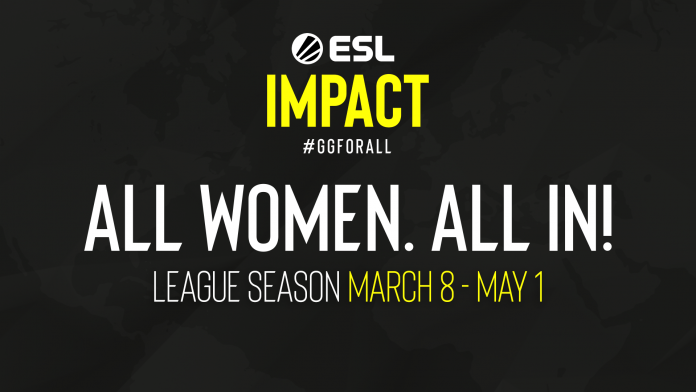 ESL Impact will be a two-season league with a live finals and all-female players. The total prize pool for the ESL Impact league has been announced as $500,000.

The tournament is part of the #GGFORALL initiative announced by ESL Gaming last year.

From March 17, the ESL Impact League will be broadcast, played every Thursday and Friday for six weeks. Eight teams per region will be split into two groups of four and will play in the Bo3 format.

ESL Impact is the first new tournament announced since the January acquisition of ESL Gaming and FACEIT by the Saudi-backed Savvy Gaming Group.

The first women-only tournament series organized by ESL Gaming has generated much interest and controversy since its announcement in 2021. Therefore, as the tournament approaches, the excitement increases at the same rate.