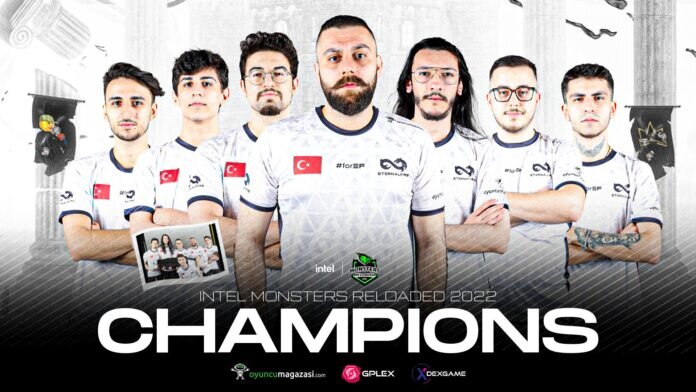 CS:GO teams from Turkey, Germany, and UAE participated in Intel Monsters Reloaded 2022. The prize pool of the tournament, in which 4 teams competed, consisted of a total of $15,000. In semifinals, Securitas and TTC competed for grand final qualification, and EF AC and B6A Rhymes teams faced each other. The grand final of the tournament was played between the teams of TTC and Eternal Fire Academy.

The grand final of the tournament was Eternal Fire vs Touch The Crown. The first map of the match was Mirage, picked by TTC. Eternal Fire couldn’t perform as it wanted and lost the map. EF AC ‘s choice was Nuke, and the thrill was moved to the last map with the outstanding performance of Samet “jottAAA” Köklü. With the victory in the decider map Inferno, Eternal Fire Academy won the series 2-1 and became the owner of the trophy and $7,500 prize.