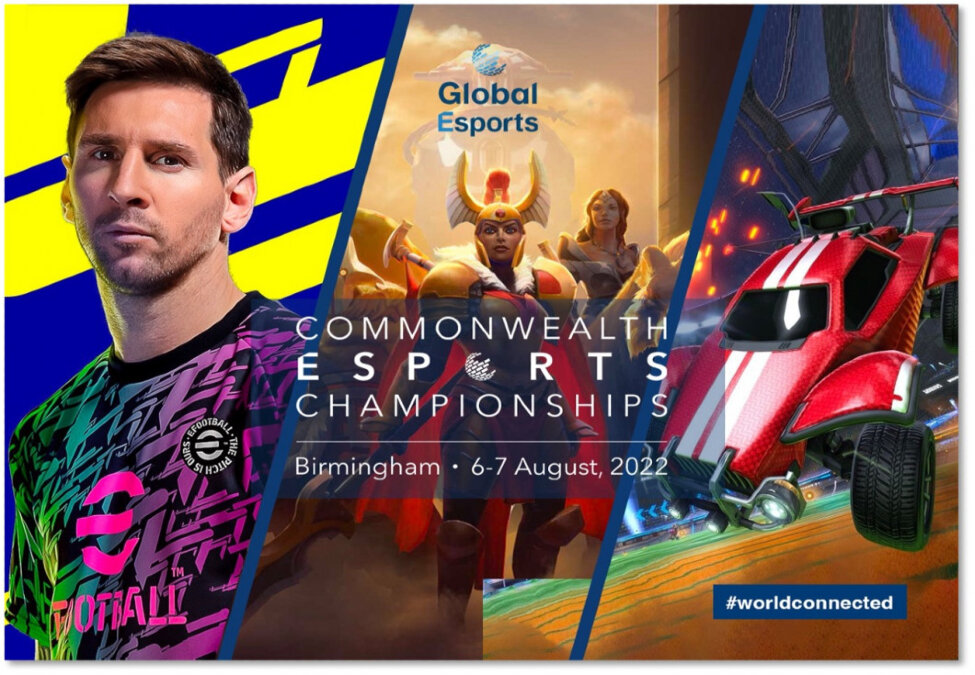 The Global Esports Federation (GEF) has announced the games that will be played in the tournament ahead of the opening of the Commonwealth Esports Championships (CEC), which will take place in August 2022.

At the event, players will compete in Dota 2, eFootball, and Rocket League.

The event will take place at the International Convention Center in Birmingham between 6-7 August and will see players from the Commonwealth countries compete for medals at their respective games. All three games will feature a women’s category and an open category.

“Alongside the GEF, we are delighted to unveil three major titles for the Commonwealth Esports Championships in Birmingham this summer. There is no doubt this innovative and exciting event will create new learnings and opportunities for us to further explore esports.”

In addition to the event, the two sides will host the Commonwealth Esports Forum at the same venue on August 5. The CEC will act as a separate entity from the Commonwealth Games that will take place in the Summer.

“Esports has connected millions of young people across the Commonwealth, providing entertainment and a vital sense of community. The Commonwealth Esports Championships is a major vote of confidence in the West Midlands’ and UK’s thriving esports industry and an exciting chance to look at how this can be brought into the Commonwealth Sport Movement.”

The selection of Dota 2, eFootball and Rocket League games seem like good options to introduce esports to an audience unfamiliar with the industry. Depending on the success of the event, it will be interesting to see if there will be more similar esports events alongside traditional sporting events.