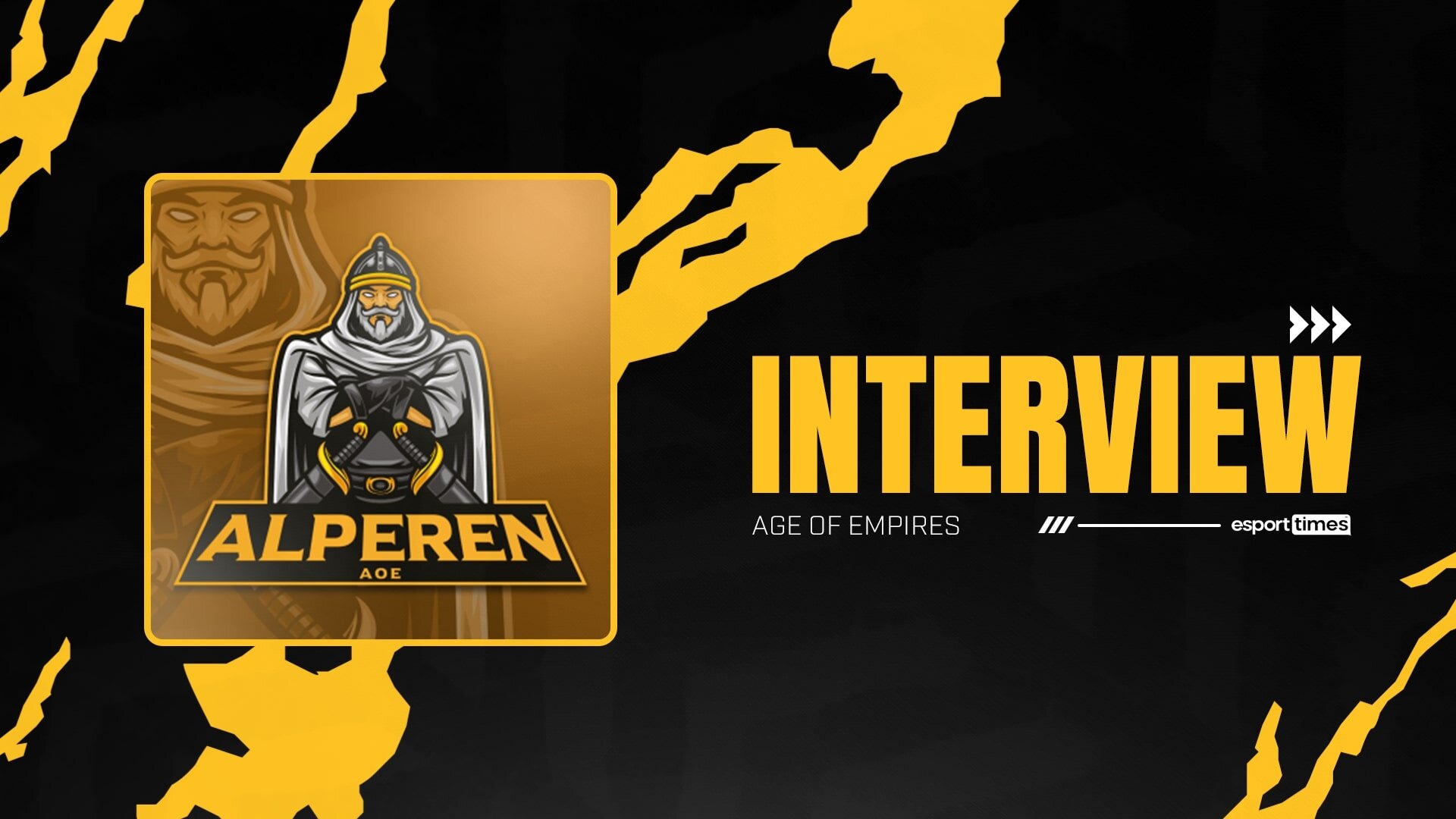 We interviewed Alperen “Alperen” Tekinay, who is currently playing for Pacific eSports in Age of Empires II and Age of Empires IV. In the interview, we talked about the general course of the game, the esports scene and his own career.

Alperen: Hi, I am Alperen Tekinay. I am known as “Alperen” on the internet. I started Age of Empires 2 after the epidemic and opened a Twitch channel and started streaming as a hobby. After a while I thought that I enjoyed streaming a lot and that I could make money from that. Later, with the help of my friends and viewers who believed in me, I decided to do this as a job. In regards to Age of Empires 2, I joined an esports team and became a professional player. I participated in tournaments. I have had some successes. I was in the last 64 in the Red Bull tournament. I was in the top eight in some Turkish tournaments. I also organized my own tournaments.

Alperen: I never knew about the game before the pandemic, I started as a hobby. It was a very funny moment for me. I was bored and there was nothing to do. I wrote “best strategy games” to google and looked at the results. I saw Age of Empires 2 there and that day I bought the game from Steam and started playing.

Alperen: Thank you. I made it to the top 50 in the world rankings. But as you said, it is a little difficult to play against people with 20 years of experience. I’ve been playing this game for 1 and a half 2 years. So my opponent has been playing for 20 years.

Alperen: It is indeed my main profession right now. I play under the umbrella of Pacific eSports. I want to continue to do this as my main profession with the help of those who watch my streams. So, of course, it is very difficult to do this in Turkey since Age of Empires is not as popular as other games. Compared to other games, such as LoL, which has millions of viewers. After all, I live alone and I have to get on with my life. But unfortunately, it is very difficult to do this with only my skills in Age of Empires 2.

It’s very difficult. Because the number of supporters and followers are very small. There are always the same people, no new players. There is no new audience. However, there were months where I earned as much as a broadcaster with 1000 viewers. This is because the age group is older. In other words, since the average age is high, there are some generous people who are willing to donate. In other words, there were many people who believed in me, trusted me, and wanted me to do this as a job. I even shot special videos for them on YouTube.

Alperen: Everything is very difficult for a beginner. But for them, I recommend Age of Empires 4. This is because Microsoft is sponsoring it more. It’s a newly released game. There are constant tournaments and there is usually a bigger prize pool. Also, It is really difficult to compete with people who have been playing for 20 years within the scope of Age of Empires 2, it is very challenging.

Alperen: Because their gameplay is very different compared to other civilizations. Their special units are very different. While there are normally 2 special units per civilization, Gurjaras have at least three different units. That’s why the gameplay is a little different. I don’t think they’re overly strong right now compared to the others. But it’s still my favorite civilization. My three favorite civilizations are Maya, Aztec, and Gurjaras. Because I like to play aggressively early on. This game is not a farming simulation. So, I like to play aggressively and entertain my audience.

Alperen: Of course I will. I hope I get a good draw. So as long as the group I’m in isn’t in doesn’t have the top 5-10 players, it would be fine. Also, as you know, the tournament will be held Germany. If you make it to the last 16, you will play inside a real castle. To be able to meet and talk there, to reach that stage, not to think about financial difficulties… These are huge things. These are the dreams of every player. Let’s hope I can reach that. But as I said, it’s really hard to compete. So you always have a financial problem in your mind. You play knowing that. In fact, you have to reach a certain point or have certain sponsors to play without that on your mind.

Alperen: I started Age of Empires 4 with high hopes. I thought it would make a huge buzz. And it did to an extend… there were around 80-90k players playing daily at one time. But unfortunately it did not get enough support. It had a lot of flaws when it first came out. Once a player sees these, they stop playing after a certain time. Because you’re playing a half backed game, and the game’s makers call it a full release. In addition, Microsoft moved a lot of players from Age of Empires 2 to 4. This split the overall players into 2. Then those who started Age of Empires 4 quit. Because the updates were coming too late. Frankly, I was expecting Microsoft to be more professional on this matter. I think Age of Empires is an a tough situation. I hope that enough attention and support is provided, and it will reach a better spot. Because we all love this game, we don’t want to leave it behind. But no one is helping the beginners either. That’s why a lot of people leave after a while.

Alperen: Thank you for doing this interview with me.

We thank Alperen Tekinay for accepting our interview request. You can reach him through the following platforms: