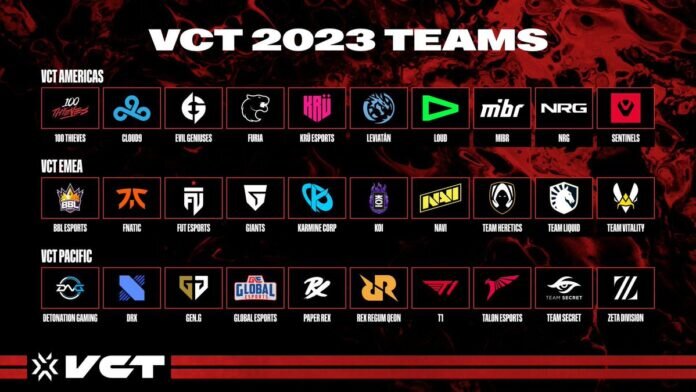 Riot Games announced the list of VALORANT partnership teams for the 2023 International Leagues. There will be a total of 30 teams competing in 3 international leagues.

Here is the list of partnered teams competing in each VCT international league for 2023.

The teams will compete without risk of relegation, and each team will also receive an estimated six-figure funding to support their rosters.

In their official announcement, Riot Games shared the three criteria they set in the search for partnership:

Riot Games also stated that they respect the teams’ past achievements, that was not at the forefront of the decisions. Riot also added that instead of success, the organization is more focused on making VCT more attractive to fans in the future.