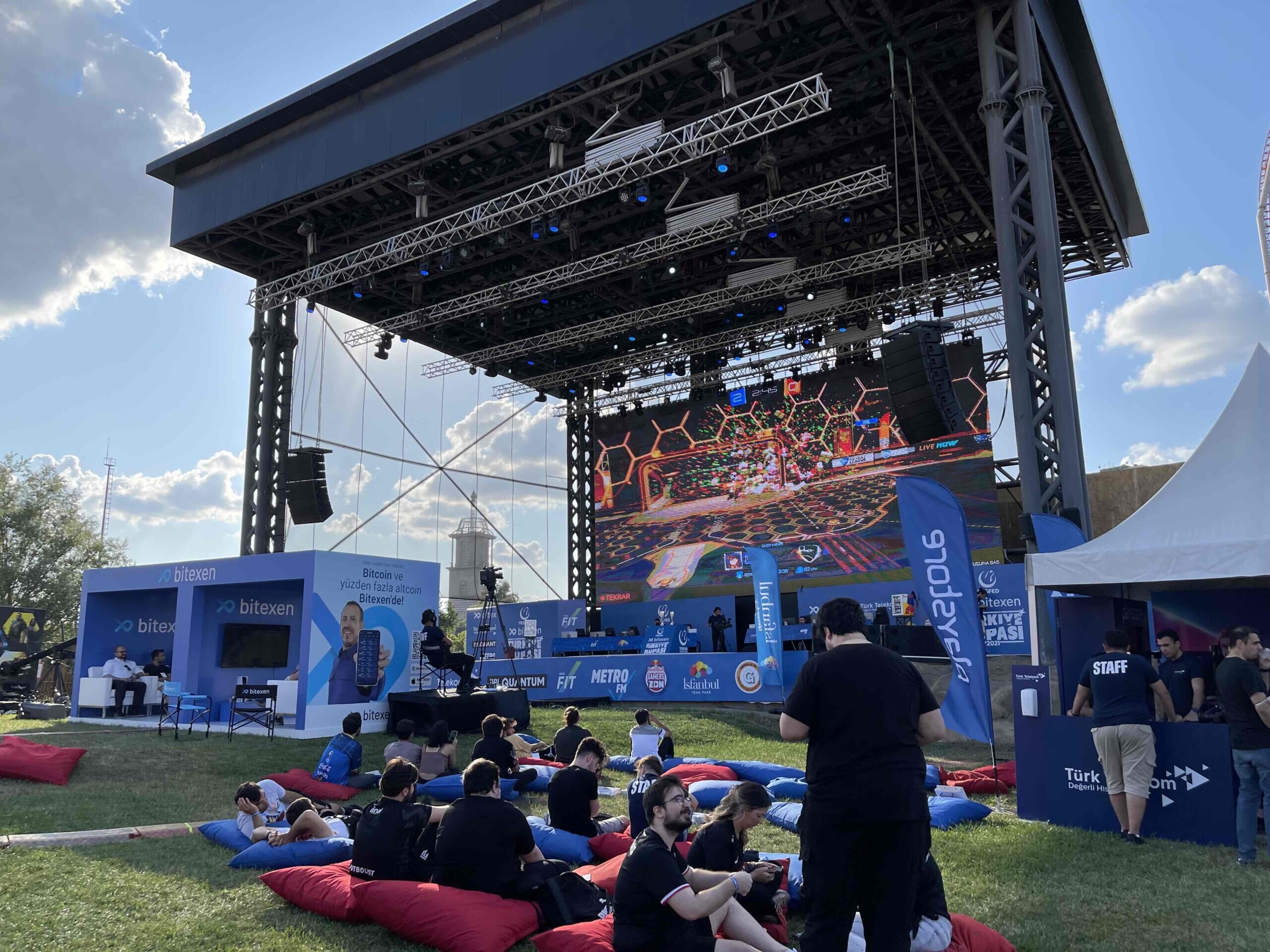 The champions of the “Bitexen TESFED Turkey Cup” are announced. The tournament was held for the third time this year. Champions were determined with the final matches that were held at the Isfanbul Theme Park.

In addition to that, the champions of Dota 2, Tekken 7, CS:GO and eFootball PES will represent Turkey at the 13th World Esports Championship. That event is organized by the International Esports Federation.

The final matches continued throughout the weekend. Here are the champions of each title:

The organization attracted huge attention from esports lovers since it was organized for the first time in 2019. Tournament also had EXEN Coin prize pool worth of ₺180.000 ($21.300) The main sponsors of the tournament were Bitexen and İsfanbul Theme Park.

The final matches were live broadcasted on Twitch and YouTube. Although the event was held with a limited number of attendances it attracted great attention by esports lovers. It was watched by a total of 680,305 people!

TESFED Founding President Alper Afşin Özdemir, in his evaluation, emphasized that Bitexen TESFED Turkey Cup has become an organization that has made a significant contribution to the development of esports in Turkey in a short time.

Stating that there is a rapidly increasing interest in esports all over the world today. That countries have high-level investments and efforts to make a name in this young sports branch. Özdemir also said that all their efforts as the federation are to make Turkey, which has a great potential in this field with its young population, a brand in esports.

“Bitexen TESFED Turkey Cup grows every year for our country to become a brand in esports scene. It also trains star esports players who will make Turkey a world-class esports country of the future. Our young people, who are incredibly talented in esports and climb the ladder of success when given the opportunity, continue to surprise and make us proud every day.“

“Bitexen TESFED Turkey Cup, which we started with the aim of paving the way for these bright young people and supporting them institutionally in the international arena, brought out our national esports players who represented our country in international tournaments for the first time last year.“

“The Turkish Esports National Team of NBA2K tournament became the champion in the FIBA ​​Esports Open after achieving national success. Because of their success, we heartily congratulate all our young esports players who became champions in the finals held in 11 different games. Also once again emphasize that we will continue to provide all kinds of support to become world-class stars in esports.”

“The TESFED Turkey Cup became an organization that reached hundreds of thousands of spectators. As it happened with total of 50 esports players and 11 games under the main sponsorship of Bitexen Teknoloji this year. The fierce battles came to an end with the magnificent final held in İsfanbul Theme Park.”

“This tournament, in which the award is given as EXEN Coins, is the best proof that Turkey is growing in the field of financial technology as well as esports, especially with its young population. According to the research conducted by the World Economic Forum, we are in the first place among the countries that use cryptocurrencies the most compared to the population in Europe. We fulfill our responsibilities by acting with the vision of directing all these potentials we have with the right compasses.”

“As a requirement of our vision, we are happy to support the TESFED Turkey Cup for the second time this year. We believe it opens doors for our young people. These young people are also professionally keen on esports in the international arena. I congratulate the Turkish Esports Federation. They organized this event where our young people can introduce themselves to the world. Meanwhile make numerous contributions to the development of esports in our country. I congratulate our young people who make us proud on behalf of our country. As Bitexen, we will continue to support esports and our youth in the coming years.”

The finals of the championship were held offline after the break given to live matches due to the pandemic. The final matches held in İsfanbul TEMA Park were held with a limited number of spectators, due the Covid-19 precautions.

Champions will represent Turkey at the 13th World Esports Championship

If the champions beat the regional qualifiers, they will qualify for the World Championship Finals. Finals will be held in Eylat, Israel between November 14-20.