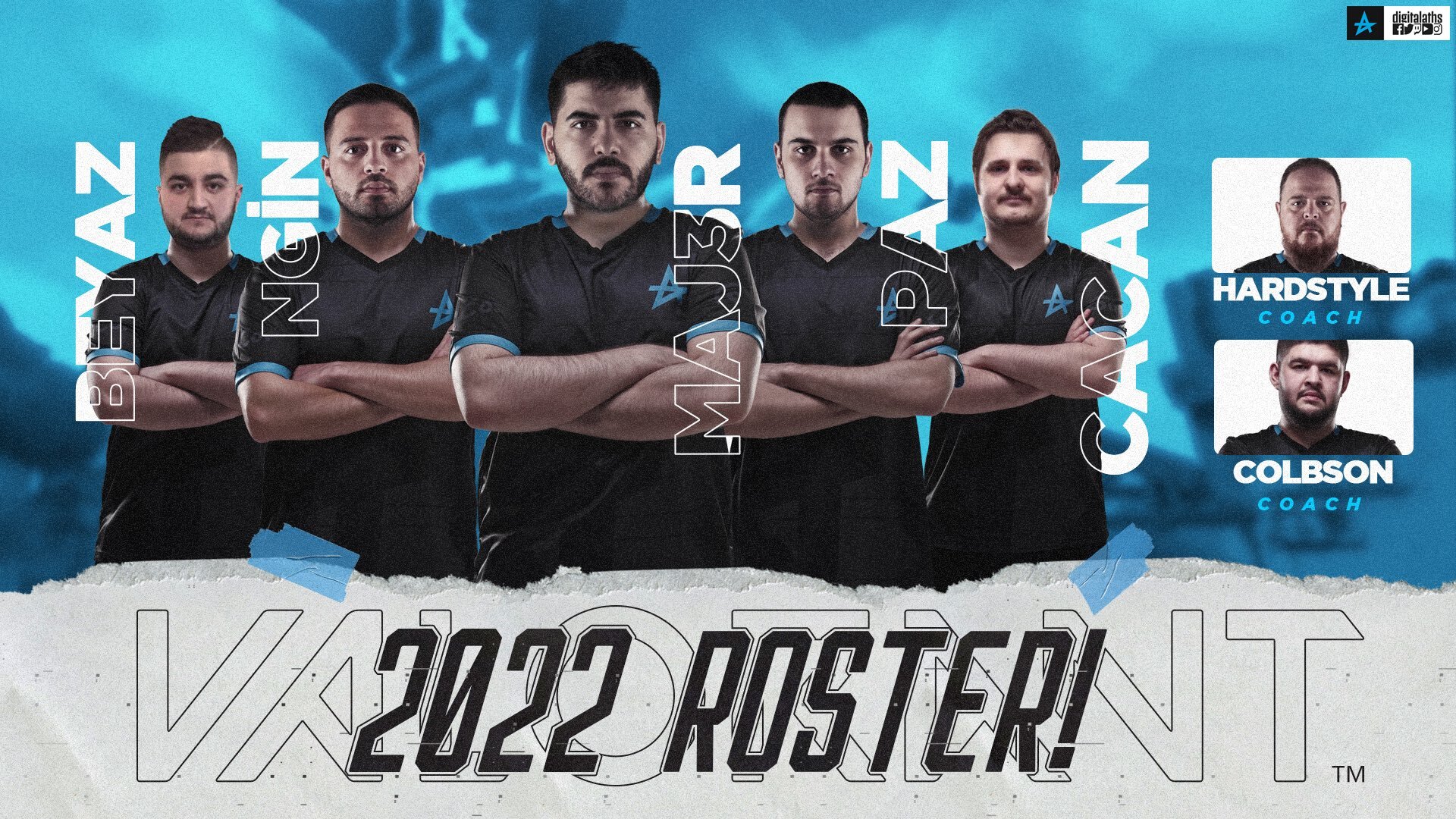 Digital Athletics, one of the successful Turkish esports organizations, announced its VALORANT squad. “MAJ3R“, “sun“, “ngiN”, and coach “hardstyle“, who achieved significant success while wearing the Sangal Esports jersey in the CS:GO arena, decided to move to the VALORANT stage in November.

In addition to these 4 names, Digital Athletics signed with Beyazıt “beyAz” Körpe, who played in Sangal Esports and Megastitut teams and made a new contract with its player Mert “cacan” Çaçan.

The Digital Athletics VALORANT roster is as follows:

Fans are so excited to watch them in the VCT 2022: Challengers 1 European qualifiers.

As esportimes, we wish success to Digital Athletics.