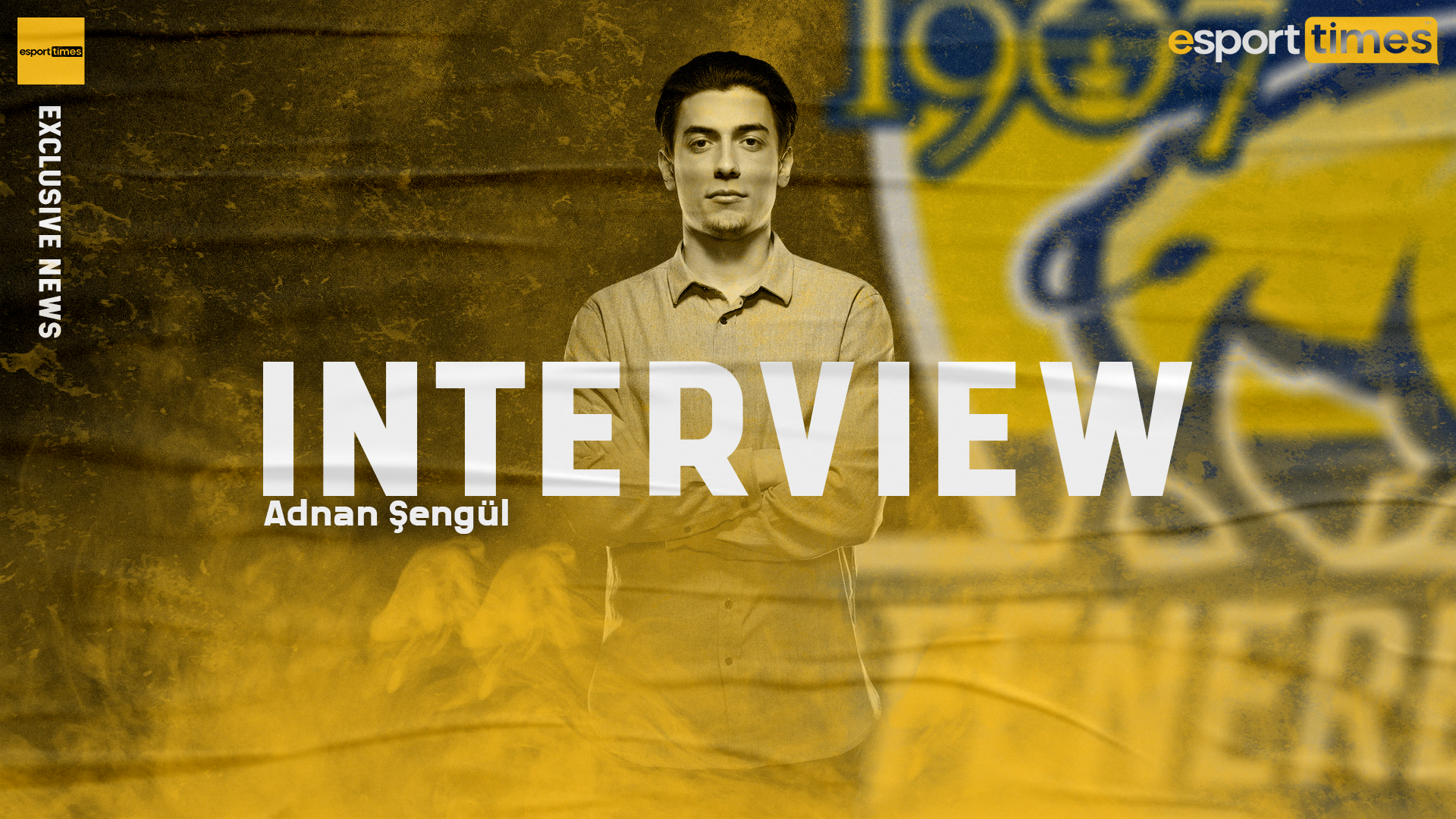 I made an interview with Adnan Şengül, who works as a coach at Fenerbahce Esports LoL division. He has coaching and performance coaching experience in both traditional sports and esports. Let’s look at what he said about his profession, his role in Fenerbahçe Esports and esports in general.

Could you tell me a little about yourself?

I have been playing basketball since I was 10 years old, and I started assistant coaching at the age of 16. I’ve been coaching ever since. After graduating from high school, I completed my bachelor’s degree at Marmara University Faculty of Sport Sciences. I started doing research in the field of esports by combining the game knowledge I had with my coaching experiences I got during my university years. During this time, I had amateur playing and coaching experiences in League (of Legends), but this level was high enough to rise to a professional level. Later, as in basketball, I focused on coaching work on the esports side as well.

In the summer season of 2019, I started to work as a performance coach in Beşiktaş Esports team. This was my first experience. The next season we did not continue with Beşiktaş Espor and I continued as a basketball coach, meanwhile, I also graduated from university. Later, I started my master’s degree in movement and training sciences, which I am currently studying. At the end of 2020, I decided to return to esports. I talked to some teams for the 2021 season. I met with Emre Aksoy from Fenerbahçe Esports, I liked his perspective and vision very much and I started to work at Fenerbahçe.

F.N: What is your role at Fenerbahçe esports?

A.Ş: I try to contribute to the Fenerbahçe LoL team with my experience from coaching and traditional sports training. I try to strengthen the team dynamics and communications. At the same time, I am doing some work that I think will improve the player performances outside of the game. I try to increase the in-game performance of the players by regulating their physical activities, sleep and nutrition while also improving their lifestyle outside of the game.

F.N: What are the differences between coaching in traditional sports vs in esports?

A.Ş: There is an established relationship between coach and player in traditional sports. In esports, you are like a friend and a coach at the same time. Both age and the fact that esports is a developing area are big factors here. Of course, there is a coaching concept, but it has very different dynamics than traditional sports. There is a more flexible structure. Performance coaching, on the other hand, is a newly formed role even abroad. We are trying to solidify this at Fenerbahçe.

F.N: How do you work to improve the performance of the players?

A.Ş: The first step is always to protect their health and performance. The players get tired and might have difficulties in doing their work. We are trying to prevent such difficulties from degrading their performance. After completing the first step, we focus on improving their performance. In this regard, we do some training from traditional esports and some cognitive training. We are working a little more experimentally in this area because there is no extensive work done in the field of performance in esports.

F.N: Do you work with players individually? How do roster changes affect this dynamic?

A.Ş: There are activities that we do individually and as a team. New players meet the performance coach for the first time. So, that’s why when a new player joins the squad, we try to explain the important points regarding my role in a short amount of time. We don’t have a hard time integrating a new player into our training structure.

F.N: Almost all of the players on the team are playing with each other for the first time this year. Does it pose a problem in terms of communication within the team?

A.Ş: As in all team sports, communication is very important in esports too. Generally, many teams make roster changes at the beginning of each season. The teams that adapt more to this can go further. We try to make this happen as much as possible. Although they are playing with each other for the first time in a squad, most of our players have played together in past in certain capacities. We also strive to keep the communication within the team at a high level. We work with very intelligent and adaptable players. So, we had no problems.

F.N: What advice would you give to those who are studying at the department you graduated from and are thinking of working as a performance coach?

A.Ş: In sports sciences, we always receive training in traditional sports. If there are those who want to do something in the field of esports, they must know the esports field well and do extra special studies. Esports has many different dynamics. Trainer candidates from traditional sports and people who want to become a coach should not expect a traditional coaching experience. In esports, your relationship with players and training is a lot different. You need to use different training techniques and be patient. My biggest recommendation is that they never plan to just work in esports.

Only after working in the field of esports for a few years, I was able to turn my role into a full career. They should continue to coach at whatever their main branch is. At this point, esports should be a side hobby for them. They can focus on that when they think they have enough experience, are ready and have an opportunity to turn it into a full-time career. Always have a plan B… and a plan C.

F.N: In a perfect world, would it make more sense for the esports Coaching department to be a branch or to be taught as a course within other branches?

A.Ş: It doesn’t have to be a perfect world. It will happen very soon. I think the benefits of video games should be shared and taught at primary, high school and especially at the university levels. Games and esports have always been viewed as negative at first glance, both because of our culture and our prejudices (in Turkey). However, if we can promote esports correctly, the situation will change. In the near future, esports branches will be opened in sports science faculties. In high schools, it must be included in the curriculum as a selective course.

F.N: What do you think about esports scene in Turkey?

A.Ş: Esports is a newly developing field. If we can build on this development on the right system, I think Turkey will be an important country in regards to esports, especially at competitive FPS games. Of course, we have a long way to go. Recently, with the works of both the federation (TESFED) and some of our university teachers, the development of esports in Turkey is gaining momentum.

As esports begin to be seen as a proper sport, huge opportunities will be created just like in traditional sports. People from many different fields will work in different roles in the esports field. We are at the beginning of this road, but this will happen in the next 5-10 years.

F.N: Finally, can we learn about your favorite character in League of Legends?

A.Ş: Gangplank, because the character changes a lot depending on the player that plays him. It can be a very useless champion, but when you play well, you can really sweat your opponent. So, he is a champion with high potential.