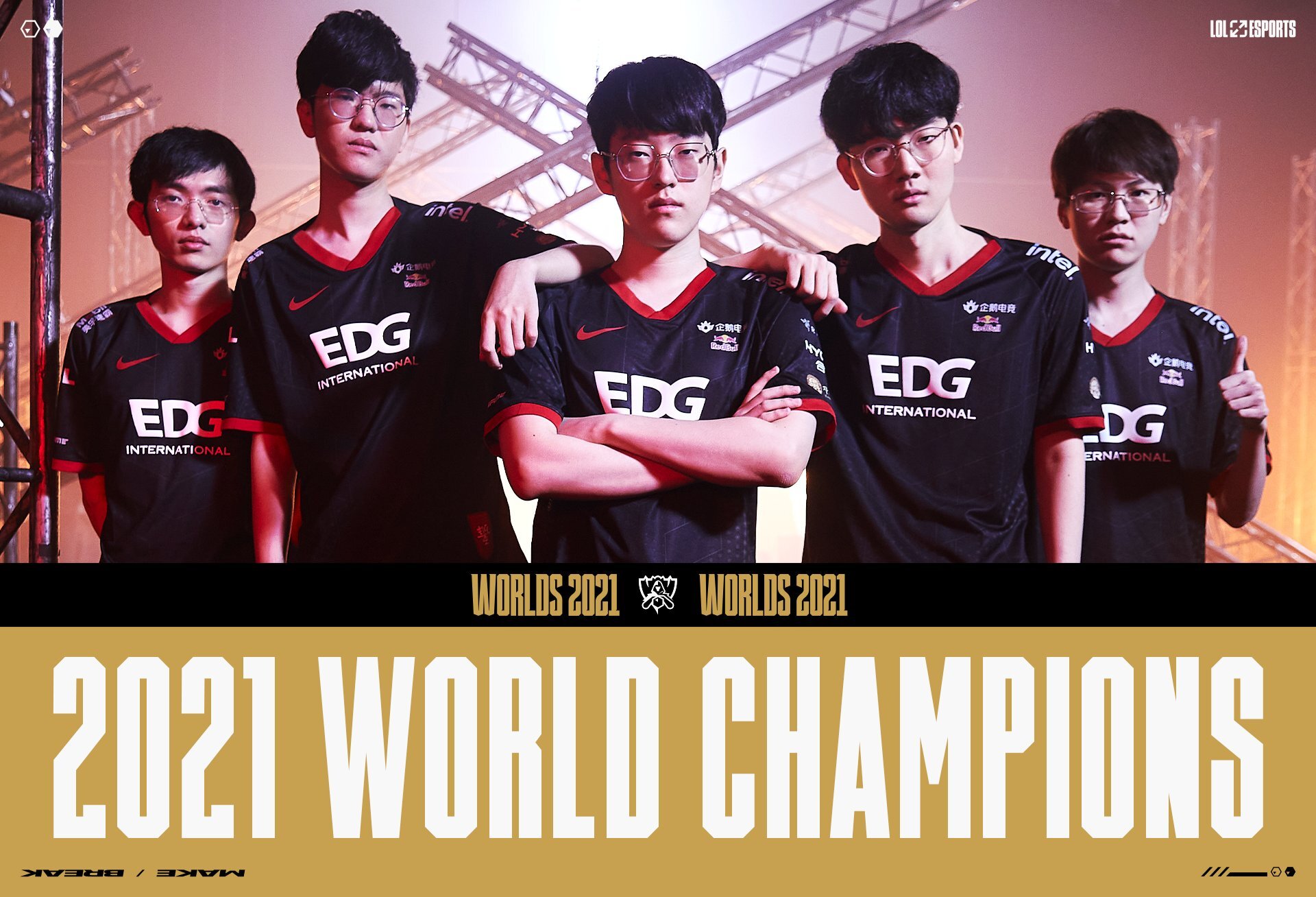 Edward Gaming became the champion of the Worlds 2021 tournament, the biggest League of Legends tournament.

This year, a new chapter has opened in the Korean and Chinese conflict for League of Legends, which has been going on for years. In the WORLDS 2021 final, last season’s champion DAMWON KIA played against Edward Gaming.

In the second match, Korean representative DAMWON KIA dominated the match from start to finish and equalized the score in the finals.

The third match was quite balanced. DAMWON KIA was well aware of its strength in team fights. Paying attention to dragons and time, DAMWON KIA won the match with the great performance of Khan and Canyon later in the game and took the lead in the finals.

In the fourth match, Edward Gaming was really focused on the game. There were only 9 kills in the head-to-head fight. With JieJie’s great performance, Edward Gaming made the score 2-2 in the finals.

In the last match of the World 2021 tournament, EDG became the champion with the great performance of JieJie, Flandre and Scout.

Here is the final scene that led Edward Gaming to the championship:

Edward Gaming, who won with a score of 3-2, became the international champion for the first time after the 2015 MSI tournament. With this result, the LPL region managed to beat their bad luck against the LCK region, while Edward Gaming brought their third WORLDS championship to their region.

Here are the moments of lifting the trophy:

As esportimes, we congratulate Edward Gaming for their performance and wish them good luck in the future tournaments.