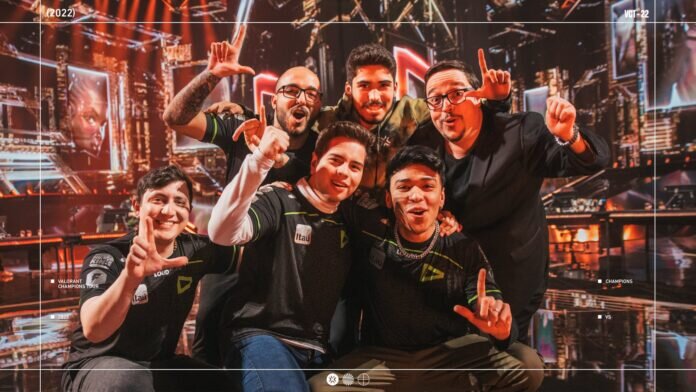 The champion of VALORANT Champions Istanbul is LOUD! The season’s top team has been determined after the Grand Final match. The Brazilian team LOUD, which competed in the 19-day VALORANT Champions 2022 tournament, was the one to succeed.

In the opening match of the championship series, which got off to a fantastic start, OpTic Gaming had the upper hand and was almost successful. But LOUD, who picked up the pace after the score of 12-8 and never looked back, managed to catch the score of 15-13 with a strong comeback effort and grabbed a 1-0 series lead.

Sacy was the star of the first map with 32 kills, which significantly contributed to his team’s victory.

OpTic Gaming, who had learned from their mistakes on the previous map, had a flawless first half with a score of 10-2 and tied the series at 1-1 with a convincing score of 13-6.

LOUD prevails once more in overtime! The game ended in overtime, just like on the first map, with the intensity remaining high the entire time. After 30 closely contested rounds, LOUD emerged as the victor, and the series score changed to 2-1.

On the fourth map, which meant the championship match for the Brazilian team, LOUD had a 7-5 lead at the end of the first half. LOUD closed the series with a strong showing after acting like a champion in the second half and not letting his rival secure a single round. LOUD triumphed with a score of 13-5 and becomes the champion of VALORANT Champions Istanbul.