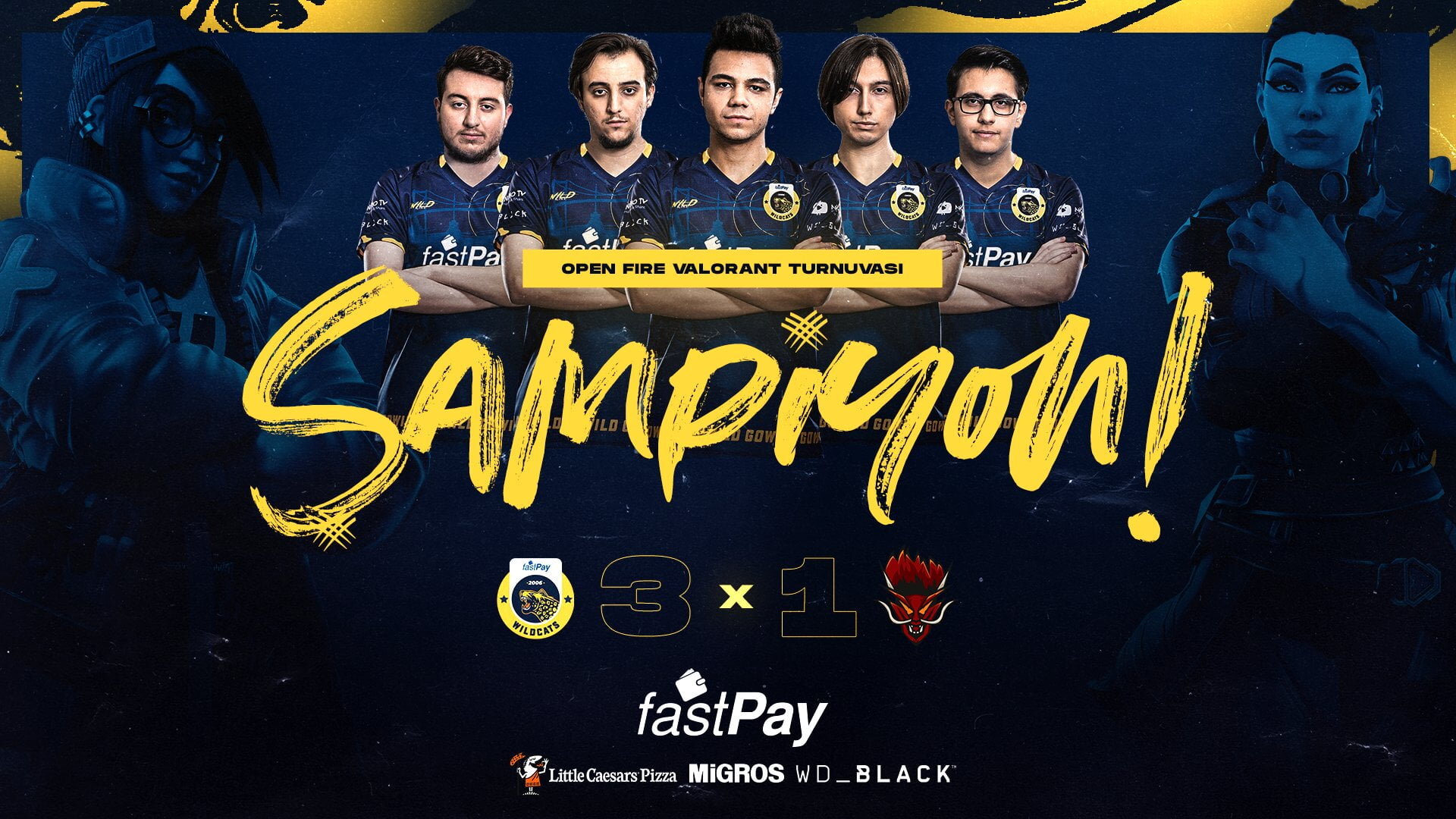 The Open Fire Valorant tournament, organized by ESA Esports and sponsored by ininal, had started on January 13th. Competition of fastPay Wildcats and Sangal Esports was the final match. The winner became the fastPay Wildcats team with a score of 3-1.

FastPay Wildcats has beaten Beşiktaş Esports and OtherSide teams in the Open Fire tournament, with a prize pool of 50,000 TL, and has reached the grand finals. Sangal Esports also defeated the MELINA and Anka E-Sports teams. Then, they got their name in the grand final.

The grand final was played in Bo5 format on January 15 at 20.50 GMT+3. The tournament streamed live on ESA Esports Twitch account. The presentation was made by Berke ‘Vlad‘ Kantürk and Özgür ‘root‘ Alagül.

The second map was Haven. Although the first half was a very contentious fight, fastPay Wildcats took the game in the second half. They managed to win the match with a score of 13-8 and equalized the series.

As the third map, Ascent was used. The superior side in this map was clearly the fastPay Wildcats team. Indeed, Sangal Esports could only win 5 rounds. fastPay Wildcats took the lead in the final with a score of 2-1.

Icebox was played as the fourth map. Both teams did their bests to not to fall out of the game. However, fastPay Wildcats had no intention to give up hope on the championship and managed to beat Sangal Esports with a score of 13-9.

After the results, fastPay Wildcats managed to become the champion of the Open Fire Valorant tournament and also received a cash prize of 26,250 TL. Sangal Esports won 11,250 TL in second place.

In these times when we were longing to watch Valorant, Open Fire Valorant tournament, which made us feel a little comfortable, has been completed. We congratulate the champion fastPay Wildcats team and wish them continued success!

If you want to reach more esports news, you can click the links below.

Sangal Will Compete In Group B In ESEA Premier Season 36