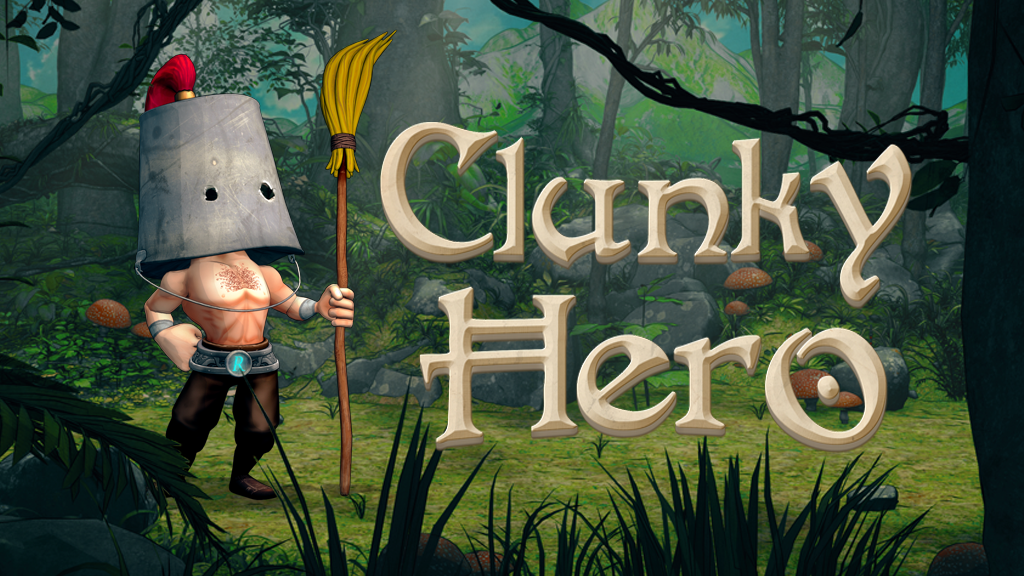 Hello, dear readers. I will be reviewing Clunky Hero game, which was only released on the PC platform as early access a few weeks ago. The game is a 2D action-adventure platformer. Developed by an independent studio, the game has most of the features of independent productions in general. There are some good ideas, however some mechanics are bare bones.

Clunky Hero has a simple story. You try to save your wife after she gets abdocuted by a monster. There are also some side stories that add some different characters other than the main plot.

The story that I mentioned briefly in the introduction is actually enough to summarize the whole game. A monster, whose name the villagers are afraid to even say, has abdocted your wife. Thus, we embark on a journey. Along the way, we encounter many different characters. While some of them give side quests, some only tell the stories of their relatives that they lost to that creature. Sometimes they add much needed humor in to the game.

Clunky Hero is filled with dark humor. Plus, the main character of the game constanlty breaks the 4th wall. For example, he says things like “I think I’m taking a side quest right now…”. I guess that’s all I can say about the story. The production team wrote funny dialogues and created a story that started and ended within itself. I didn’t have much trouble as I realized that I missed these kind of simple and short stories. But if you’re expecting the Hotline Miami mania from an indie, you might be disappointed.

Unlike the story, the Clunky Hero’s gameplay is actually disappointing. The gameplay feels uninspired and basic.The mechanics and our character develop as the game progresses. We are constantly acquiring new weapons and equipment. Although these may seem like nice differences, the truth of the matter is not. You gain new weapons. But with each new weapon, you notice more clearly that there are “hit box” problems in the game. As your character becomes more powerfull the game becomes too easy. As a result, gameplay becames stale really quickly.

The AI also needs some improvements. Enemies usually wait to be killed, rather than putting an actual fight. Besides, it is not very enjoyable to use weapons. You get the feeling of hitting the air as if you are playing The Elder Scrolls V: Skyrim. There are two details that make you feel like you were hit or shot during the battle. The first is the sound of damage, and the second is the shaking of the screen when you take or inflict damage. This shaking thing is so sickening. I had to play the game by taking a break every 1 hour. It was tiring on the eyes and did not leave any good memories in my stomach. After a while I was forced to flee the battle, unless I had to. As a result of this, I can say that I finished the game extremely quickly.

At this point I must admit that I am in a dilemma. Since the game is an indie production and also in early access, I have to accept the vast majority of the problems. However, since I still want to go over all the issues, I divide the technical parts into “early access acceptable bugs” and “early access unacceptable bugs”. Before moving on to the problems, there are a few things I want to say. First of all, the graphics are very cute. From our main character to the forest creatures in the game etc. its all very inspiring. It doesn’t look very high quality. However, since the developers are indie, I will not whine about why the graphics.

The music literally makes you feel like you’re in a fairy tale. The atmosphere is very light in tones and supports one’s enthusiasm for playing. On the other hand, the gameplay sounds inside the game are not as successful as the music. Now that I have made a negative sentence, we can move on to examining the problems.

When I first left the game paused for a long time and then reopened it, I often encountered short-term freezes. In addition, there are incredible shifts in the sounds of some enemy types in the game and the nail-like objects that appear to make the platform parts difficult. However, since these are not major issues and do not disrupt gameplay, I hope these get fixed during the early access period.

However, it sometimes took me minutes to find my way, since the concept of location and direction in the game did not use any advanced system other than maps and the game design was really badly poured into the system. Some textures also look like they’re from the early 2000s. Particle effects have been chosen in a way that does not match the graphics at all. It looks extremely disorienting.

Clunky Hero offers a funny story, has bad gameplay, lacks in some aspects and doesnt stand out in any meaningful way. However, I was able to finish the story without getting too frusturatred. Although I was getting really bored in the end.

You can check Clunk Hero for yourself at its Steam page.