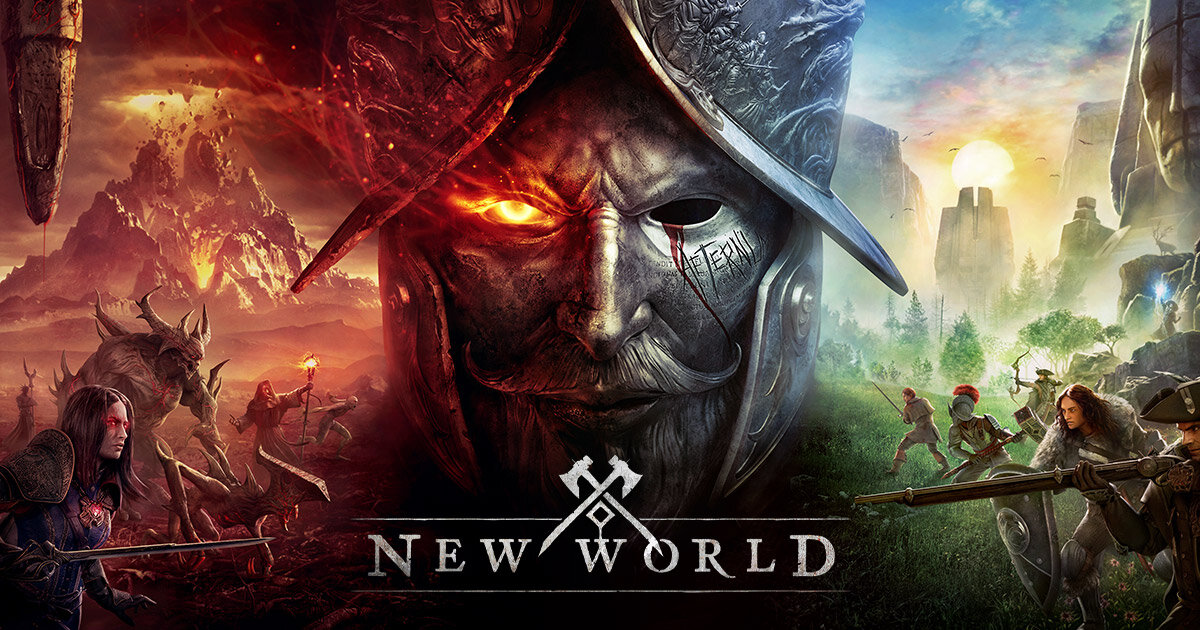 I’ve been an MMO player since I was a kid. I’ve played many different games over the years, from classics like World of Warcraft, EverQuest, Lord of the Rings Online, and Star Wars Galaxies to newer MMOs like Final Fantasy 14, Star Wars The Old Republic, and Elder Scrolls Online.

Since MMOs are generally a dying genre, I was really exited to play Amazon’s New World MMO, which is coming on August 31st. I played the closed beta for about 20 hours, and Although I tried to love the game, unfortunately my experience was not good.

Of course, this does not mean that everyone should stay away from this game. Therefore, in this preview, I will be talking about the pros and cons of New World.

Are There Any Good Things About New World?

Before moving on to why I don’t like this game, I would like to talk about the good aspects of New World. Unfortunately, there is not much to be said here.

The visual design of the game meets the modern MMO standards. So, the graphics are not super great but I can say that a generally it offers a pleasing color palette and good enough textures. At the end of the day, ultra realistic graphics would negatively affect the experience because you have to be in places where more than 50 players are together in the same area. So, average graphics are usually a good middle ground for MMOs.

The world offered by the game is also good enough. The game takes place in an alternate colonial era. As players, we are set off to the island of Aeternum. This island has a mystical vibe. Everyone living on the island becomes immortal. But this also drives people crazy and turns them into monsters. While trying to survive on the island, we are also trying to solve the mysteries of it. In this respect, the design of the island really develops on the mystical elements. Design-wise, I can say that a good job has been done here.

The game’s combat system is action-oriented, unlike classic MMOs. It is very similar to Elder Scrolls Online in that respect. The fact that it is action-oriented is a positive point for me because that old system where you click on an enemy and use dozens of skills have completely alienated me after playing ESO.

That is it. Even these features that I mentioned as good should be considered average under normal circumstances.

Why Should You Stay Away From New World?

First of all, I would like to state that I only played the game for 20 hours. So I don’t know what the endgame experience of New World is like. However, if we look at what people who have experienced it, we see that it is weak like the rest of the game.

So why is the New World so bad? I can give many answers to this. But basically the game has a big problem. Lack of in-game content. This issue is made worse because the developers of the game have no direction.

Questing in New World is atrocious. The game basically has 2 types of missions. Going from A to B, killing someone and returning, or picking up an object. THAT’S IT. It should be a crime to launch such a system in 2021.

In terms of PvP, the game is really weak. The economy and power balance in the game is based on PvP, but the winner does not get anything substantial. Once you have captured a region with your clan/faction, you can start collecting taxes, but what will you do with these taxes? Nothing. Having a player driven economy sounds good on paper, however, it usually sucks.

The PvP system itself is already mediocre. When you play with long-range characters, your own team works against you because objects can touch your teammates. Large-scale PvP skirmishes are also completely unplayable at the moment. Server issues and combat mechanics not having a good PvP feel are the 2 biggest issues here.

The game also has a really comprehensive Survival system. To survive outside of towns, you need to know how to hunt, cook and camp. I think it’s a good thing that survival mechanics are mandatory. However, at the beginning of the game, most recipes, armors, etc. are locked behind a huge grind. Asking for more than 10 hours of grind for a basic recipe is bad game design. MMOs need grind yes, but the first stages should always be easy to get to. Restricting people in the first place will only alienate players.

It Gets Worse & Worse…

It is also difficult to level up in the game in general. This may be a beta-exclusive issue, so I don’t want to complain for too long here. However, after hitting level 10, it is not fun to level up with the horrible questing system, as it is already subpar.

Let’s talk about the action-oriented combat system. I already mentioned that it is similar to ESO. However, it is much more limited. Since there is no class system in the game, you level up using different types of weapons. But each weapon only has 2 skill trees. Since New World doesn’t have class abilities like ESO, this almost completely destroys the ability to create proper builds.

The character creation process is also really bad. As you can seen above, there are several different categories. You can’t customize your character in an extensive manner. You have to choose from slider and presets. There are very few of these options and most of them are really ugly. This results in most of the characters in the game being similar to each other.

What more can be said? Towns in the game are almost identical to each other. Traveling between these towns also take a very long time. You have to use a special currency for fast travel and it’s really hard to earn in the early game. Therefore, it is very possible that you will get bored of the game while traveling between towns.

With so many shortcomings, it is worth saying that New World is not a F2P game. It is priced at $40. It also has an in game shop, where you buy costumes and boosters with real money. I mean it is fine to earn money, but don’t expect people to pay for a mediocre product.

Finally, there is one thing that I find really ridiculous, and that is the lack of swimming mechanics in a game set on a tropical island in a middle of an ocean. Like, really?

Actually, I can say much more about New World, but as you can see from what I wrote, the game has a lot of shortcomings. So does this game really have no potential? No, the foundation of the game is still solid. The combat system has a good enough foundation. Likewise, the game’s world and basic mechanics are not bad either. However, Elder Scrolls Online is a better version of this game in every way. If you haven’t played it, I highly recommend it. ESO also has its flaws, but it certainly isn’t as bad as New World.

Even if New World is due next month, it will definitely be an Early Access kind of game. If Amazon does not pull the plug on the game within 1 year, the game can maybe develop enough to be in a “playable” state. However, if anyone is thinking of playing this game on day 1, they should definitely change their plans.