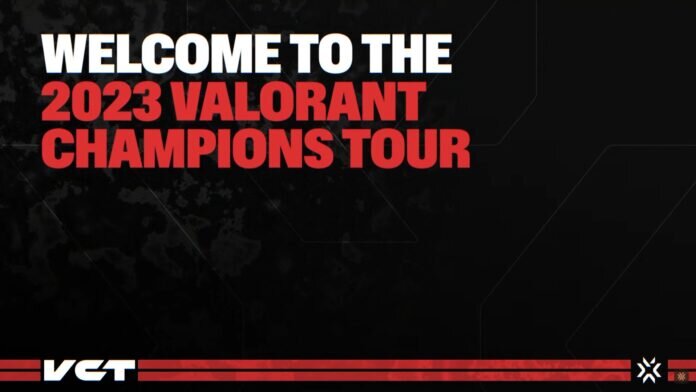 As we come close to the end of 2022, Riot Games unveiled the roadmap for 2023 VCT. Here is what lies ahead for the VALORANT events in the upcoming year.

The teams selected for partnership will be invited to Sao Paulo for the greatest international tournament in VCT history. This three-week event will take place between February and early March. The winning team will be able to send another team from its league to Masters 2023, the first international event of the new season.

In the next year, VCT will feature 30 teams competing in 3 international leagues.

VCT 2023 Will Take Place in Berlin, Seoul, and Los Angeles

The first competitive split of the year will start with weekly LAN competitions in EMEA, Pacific, and Americas regions. These events will take place in Berlin, Seoul, and Los Angeles, respectively.

This season will span eight weeks and begin in March. In May, the winners of these three leagues will be determined. There will be two international splits in the upcoming seasons. However, to give enough time for the teams to relocate to their respective host cities, there will only be one split and one international tournament to be held.

“The VALORANT community’s passion inspired us to dream big and evolve the VALORANT Champions Tour to meet the overwhelming demand we’re seeing in every corner of the world,” said Whalen Rozelle, COO of Esports at Riot Games. “In 2023, we’re taking everything we’ve learned, adding in new ideas, and forming partnerships that will help us realize our dreams for the next edition of the VCT.”

The Masters 2023, which is the second international tournament of the year will return in June. The best teams from each international league will be qualified directly for the VALORANT World Finals event, the Champions 2023. In July, the Last Chance Qualifiers will be held and determine which team from each region will lock their spot for Champions 2023 from the ones which haven’t qualified yet.

The VCT season will be concluded in August with the end of Champions 2023.

The details of Challengers Split have also been shared by Riot Games, which will run concurrently with the VCT 2023 season. This tournament will enable teams to participate in international competitions in the 2024 season. Two Challengers Splits will start in January and continue with the Ascension tournaments that will take place in July. These tournaments will host the best teams from twenty different Challengers leagues.

To learn more about the VCT roadmap and Challengers 2023 season, check out VALORANTEsports.com.