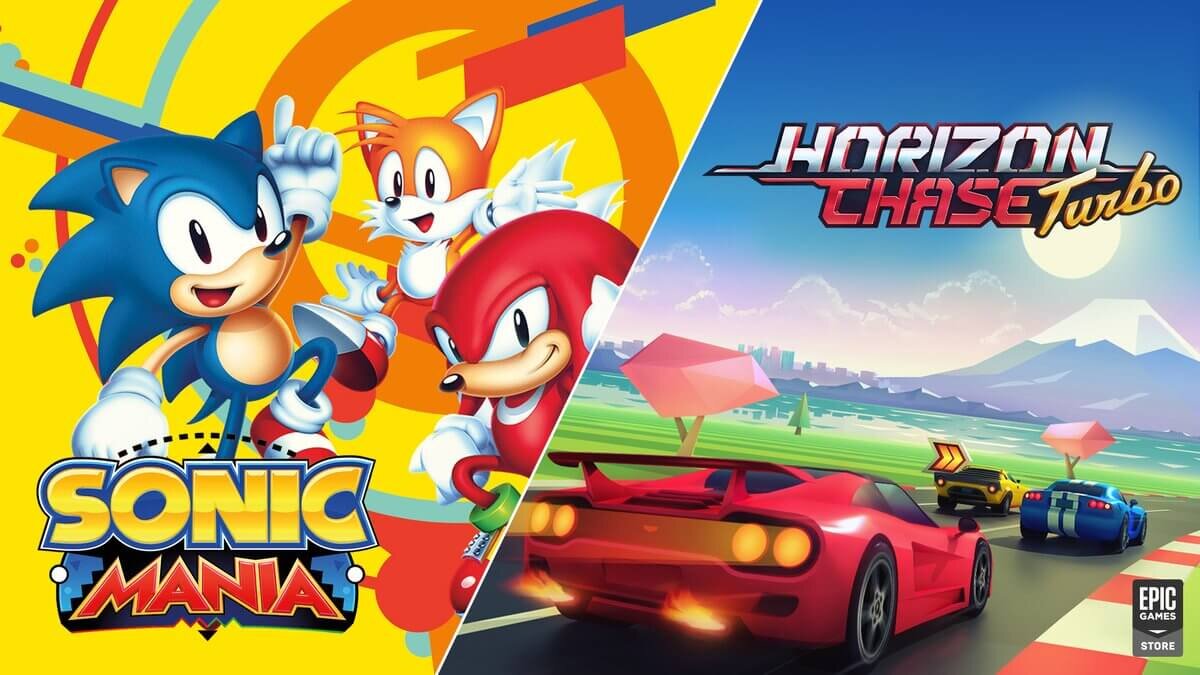 Epic Games made two more games free, through its timely giveaways. This week, you can get Horizon Chase Turbo and Sonic Mania. You can add these games to your library until July 1 for free!

Epic Games is famous for its giveaways. Last month, we saw Epic Mega Promotion which included 4 mysterious games. NBA 2k21 and Control were also given away for free. However, the Mega Promotion was over on June 17. This meant that the phase of ‘weekly mysterious games’ was over. From now on, the upcoming free games will be announced beforehand. When we look at this week’s free games, we see Sonic Mania and Horizon Chase Turbo – each worth $19.99. Even though Horizon Chase Turbo isn’t as big of a production as NBA 2K21, Sonic Mania has been popular recently. Let’s take a look at these games.

The legendary game Sonic Mania, developed by Lab 42 and published by SEGA, first met with the gamers on August 29, 2017. If you watched or played Sonic as a kid and grew up with him, you know how fast and skillful he is. The plot and story in the game is actually the same as in the cartoons. We are fighting against the crazy Doctor Robotnik. Therefore, the main focus in the game is to defeat Robotnik, with the help of our speed and friends. But at the same time, we will have to fight fiercely against various and innumerable enemies.

Although Sonic Mania is now a bit old in terms of gameplay and graphics, it still grabs the attention and takes you back to a nostalgic trip. If you like platforming and action, I can say Sonic Mania is quite a fit for you. If you’ve never played this game, I highly recommend that you grab a copy. It doesn’t take up too much space with its size around 400 MB. You can even let kids play it for fun. Let’s take a look at the system requirements.

Horizon Chase Turbo, the nostalgic racing game developed and published by Aquiris Game Studio, first met with gamers on May 15, 2018. As you can see from the video of the game, the game has a very retro new look. In fact, the aim of the game is not to create something new, but to return to the old concepts. For example, when I played the game for the first time, I thought of the times when I played arcade games. The game definitely has an aura as if it came straight out of an arcade game.

Another striking feature of the game is that there is no end to it. Horizon Chase Turbo does not have a finish line. You drive as long as you want in this game. This is the aspect of the game that is most similar to arcade games. If you remember, there were no such thing as an end in racing games during the arcade era. You could drive as long as you could, and Horizon Chase Turbo is exactly that kind of game. If you miss the old times and want to breathe the nostalgic atmosphere of the game, you should definitely play it. Now let’s take a look at the system requirements of the game.

How to Add Chase Turbo and Sonic Mania to Your Epic Games Library?