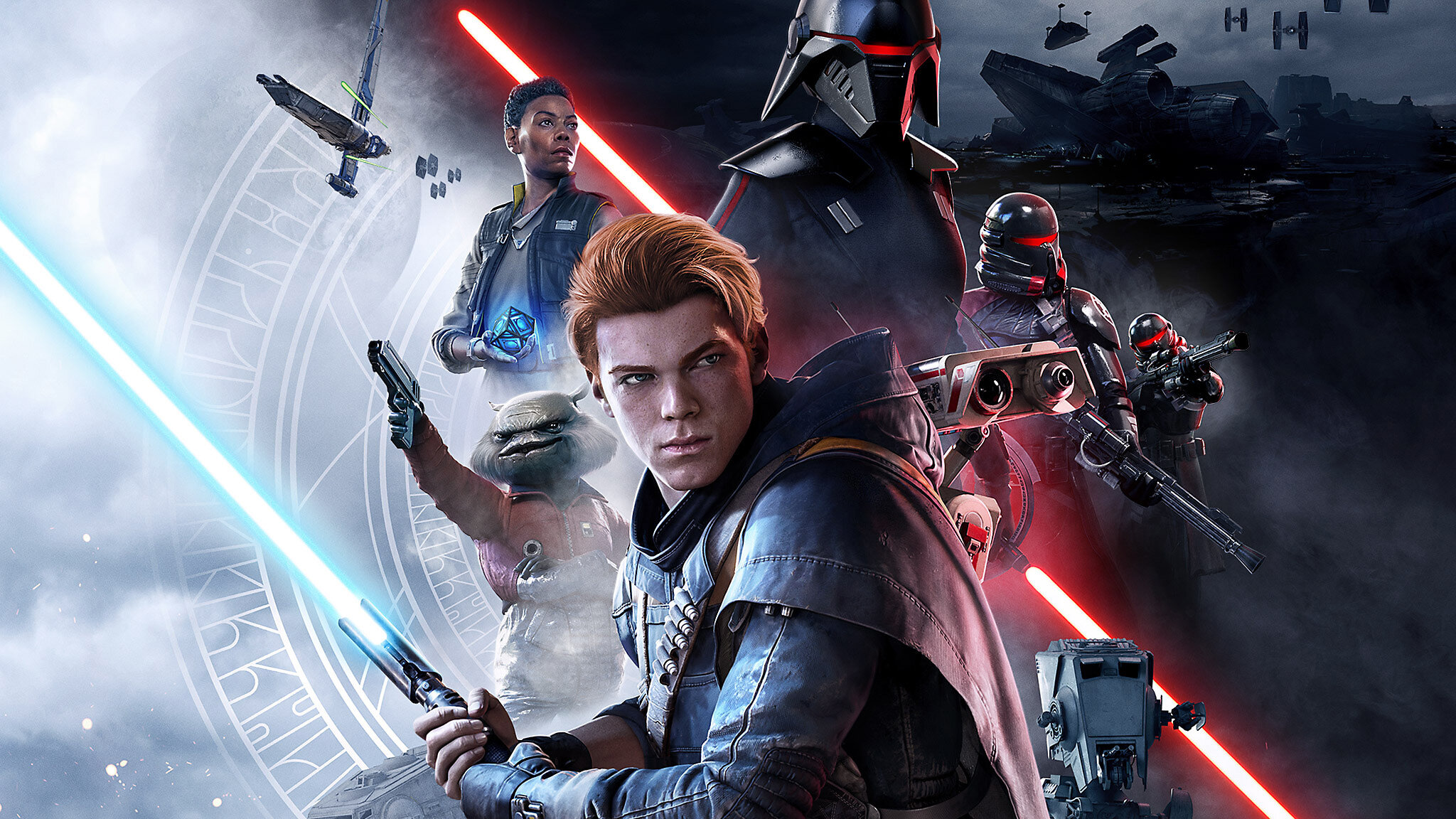 In this article, we will examine Star Wars Jedi: Fallen Order. The game was developed by Respawn Entertainment and published by EA in 2019. Recently, it has been announced for PS5 and Xbox Series X|S. As some who has buried dozens of hours into this game, I will try to convey my experiences and explain why this game is still worth its price tag.

First of all, what is this game and what is it about? Star Wars: Jedi Fallen Order is a mix of genres including action, adventure, metroidvania, souls-like and role-playing. There are probably very few games that contain such a variety of game genres. In this context, it would not be wrong to say that Fallen Order is like a soup, because the developers tried to combine a lot of different game elements. Don’t get me wrong, this soup is the kind you really want to drink and lick the plate clean. This is because the developers have done a fantastic job of integrating all these different elements. However, there are some parts which are “meh”.

The game has a wide range of gameplay elements, as it contains many different genres. Let’s first talk about the lightsaber and the force abilities, which are indispensable mechanics of most Star Wars games. Using the lightsaber really makes you feel like a Jedi, because, the sound effects and animations are really good. Especially towards the middle of the game, when you acquire the double lightsaber. The only weakness – probably to avoid dealing with the age restriction – was the lack of blood effects and dismemberment.

Force powers are gradually open as the game progresses. For example, at first, we only have the power to slow down everything that moves around, but later on, we gain features such as pulling the enemy to ourselves and finishing them with a lightsaber, or pushing the enemies down from the platform, thanks to different skill trees in the game. Using the force itself is extremely fun. There are also puzzles that require force powers, and I can say that there were enjoyable.

Fallen Order also has a lot of Uncharted-style platforming sections. These sections were obviously put in order to make the game more interactable. However, in some of those instances, I had to constantly look at the map because some parts were unintuitive and overcomplex.

In the first hours of the game, the enemies can make you say “this is too hard”. This is where souls like features come into play. You determine the difficulty level of the game, but if you play anything above normal, things get hot. There is a bonfire system in the game, which is very similar to Dark Souls games. You also lose your XP when you die. There are some differences such as names and certain mechanics, but the core combat is definitely built on top of souls like game.

Finally, let’s talk about the AI. It is definitely not very smart. For example, after you move 2-3 meters away, they say like “where did this Jedi go?”, and then go back to doing whatever they were doing before. Unless they see you, they don’t move naturally. They’re just pacing the same route. It’s not that I don’t like the fact that imperial soldiers are so stupid though. However, all the enemies, except the bosses, have the same move sets. This sometimes takes you out of your immersion. Overall however the combat is fun and the AI does not effect it that much. Hopefully, it is improved in the next game.

Now it’s time for the story. Our story is set about 5 years after the Order 66. You are trying to find a holocron that has the names and the location of force sensitive children. As you go on in this journey you find new allies and enemies. The big bad villains in this game are the imperial inquisitors. The cinematic narration, was done in a very good way. The story is very emotional and a delight to true Star Wars fans.

As for the characters…they are fine. Our main character, Cal, is a calm-spirited character, with some hatred in him. As for the side characters, first of all, Cere is a pretty badly designed character. She has nothing special, other than being a former Jedi. She is only there to offer a plot point and nothing else. I don’t even remember the name of the other side character, the pilot, he was there. The Sister of the Night, who joined us later, is the most interesting one in my opinion. Her backstory fits perfectly into the wider Star Wars lore. I hope she is a playable character, in the next game.

First of all, our battles with bosses are a bit underwhelming, frankly. I was expecting more enemies that use lightsabers. It’s a shame there are like three, but their boss fights are really good. Frankly, I liked the Vader sequences in the last part of the game, but I think those scenes could have been a little longer. We could have given him a few sword blows and then Vader would have probably just laughed as if nothing had happened to him. There were so many options, I felt like they took it easy, but that was also satisfying, after all, we might never have seen Vader.

This game is probably THE Star Wars game, akin to the early 2000s Star Wars: Knights of Old Republic. Of course, it’s not a game on the same level. However, the two games are very similar to each other, as they offer the fans an immersion on a unique scale. Narratively, it really feels like a Jedi story set between the third and fourth movies, the emotional scenes in this regard, are very successful. Especially seeing the death of our master made me very emotional while playing the game.

The variety of enemies is good enough. The developers have designed the enemies very well. In addition, there are tools in the game that offer different interactions. The fact that there is a droid named BD-1 that accompanies us throughout the game is fantastic. We are in constant communication with it throughout the game, and it has special abilities that help us.

As a whole, Star Wars Jedi: Fallen Order offers a unique blend of different mechanics and genres. The story is also well made. Although there are some technical issues, like game crashes here and there, they don’t completely ruin the experience. For the next game, I hope they work on the side-character development and improve the AI. If you have Xbox Games Pass / EA subscription or see it on a discount, definitely get this game.